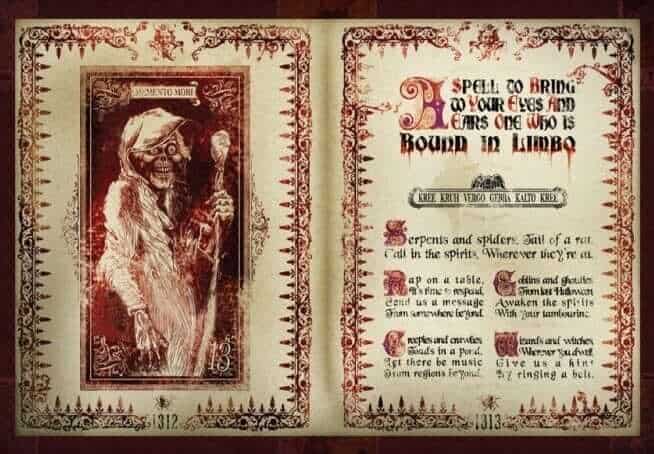 A new restaurant has opened on Orlando’s popular tourist hot spot International Drive serving up bar food amidst a rustic setting. But it’s not the chicken wings or the ice cold beer that are bringing visitors to Twin Peaks, catering to a mostly male audience who show up for a nice long look at its “scenic views.”

Twin Peaks International Drive brings a mountain lodge setting to tropical Central Florida, lining its wilderness cabin style walls with the heads of taxidermied forest animals alongside ample flat screen TVs. Long wooden tables sport hatchets buried in logs while the whole establishment is open to the outside breeze, presenting itself as a secluded getaway from the nearby tourist traffic. It’s clearly an environment built for manly men. 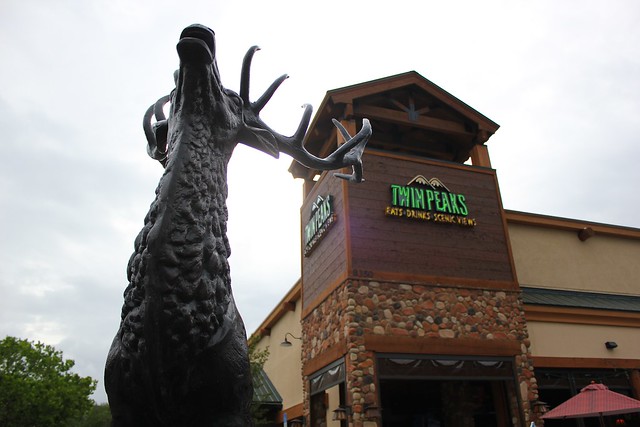 But at Twin Peaks, the real intended draw is inferred from its not-so-subtle name and logo, immediately understood as soon as guests walk through its doors, welcomed with open arms – and shirts – by the ever-boisterous Twin Peaks girls. 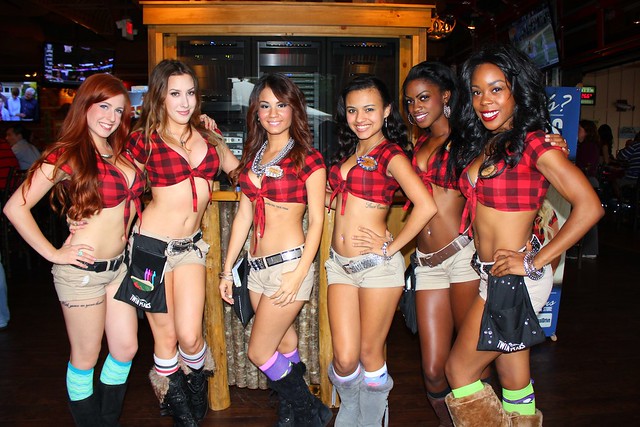 Still don’t get what “Twin Peaks” refers to? Watch what happens in the video below as the girls themselves discover two really obvious clues…

While the Twin Peaks girls are obviously not shy about flaunting their tight-fitting woodsy attire, they’re not always in-your-face about it either. Beyond the obvious appearance, there’s nothing overtly sexual about visiting this restaurant. The staff is extremely friendly and funny, hired not only for their looks but equally for their wits and charm. When taking orders, they often get cozy, becoming part of the party, taking an empty seat, leaning over a bar, or squishing into a booth to offer personal attention. 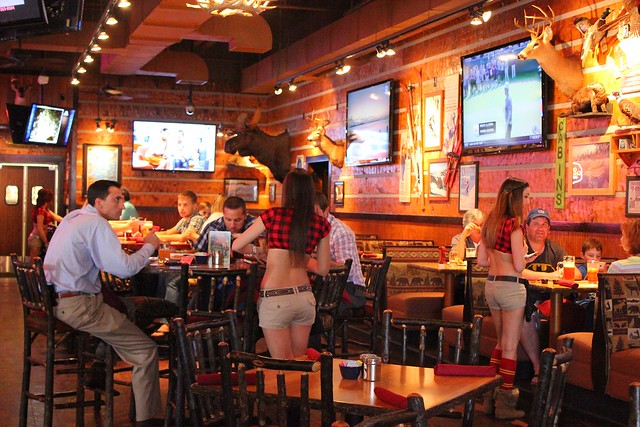 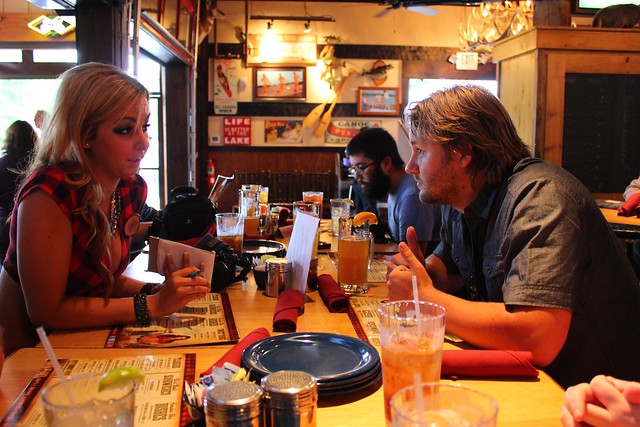 Those not accustomed to seeing quite so much skin may shy away at first, but will quickly be made to feel at home by warm personalities. Likewise those who come strictly for the views will find that the girls won’t scold a wandering eye either. It’s all just part of the position. The girls even have a “beauty bar” in the back behind the kitchen to keep themselves primped, ensuring the best possible views at all times.

So go ahead, let your eyes wander a bit at the photos below before we get to the food and drinks. 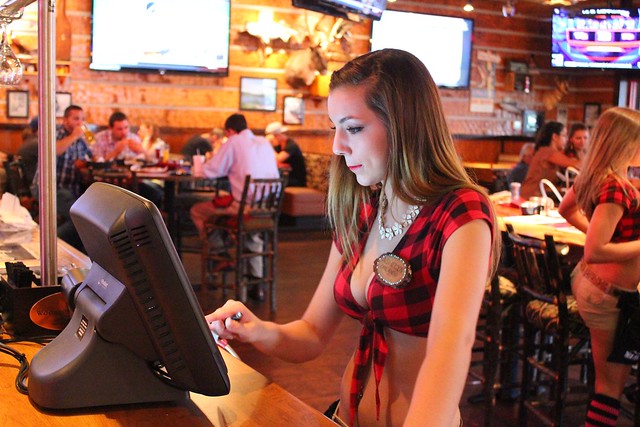 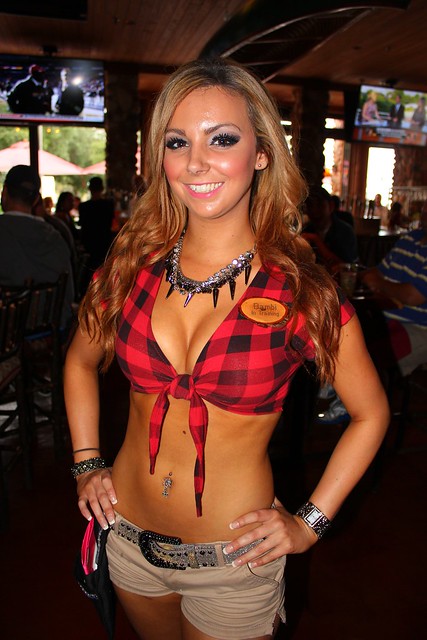 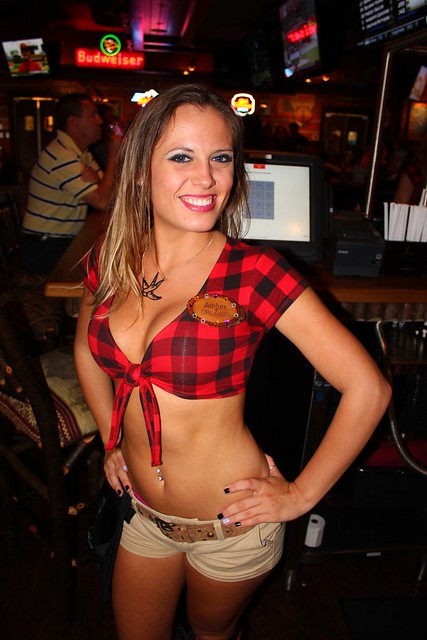 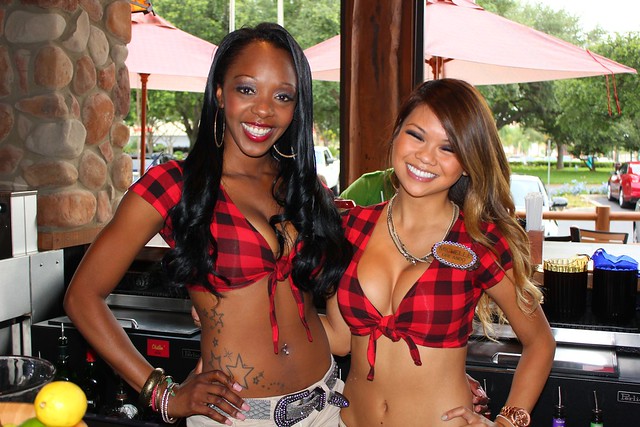 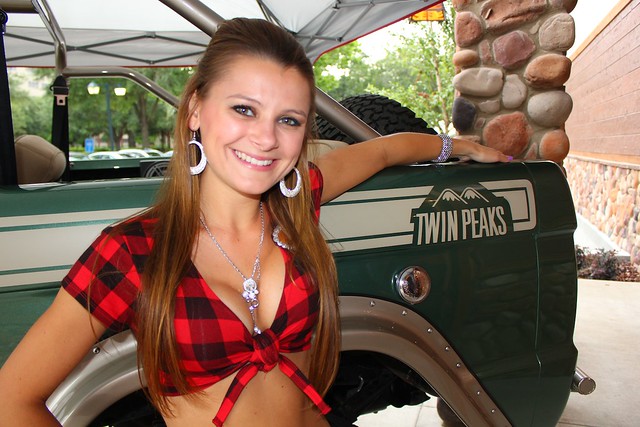 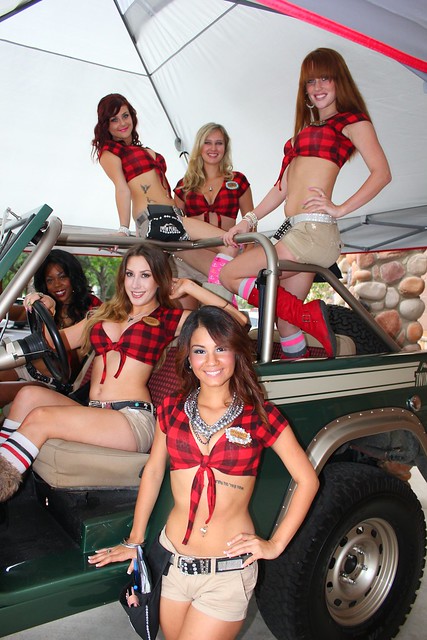 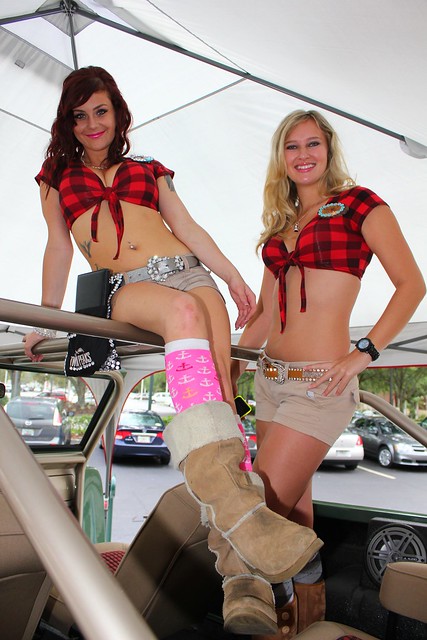 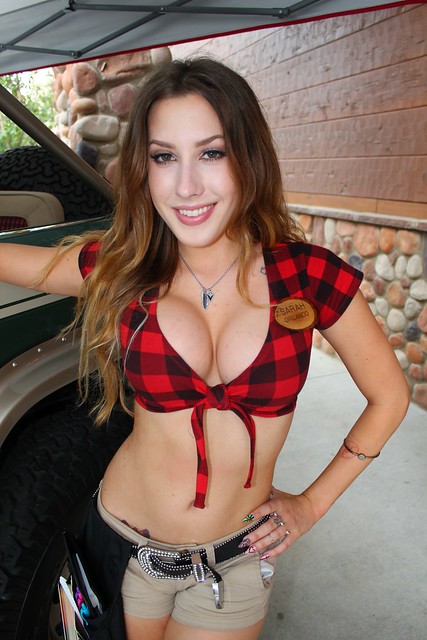 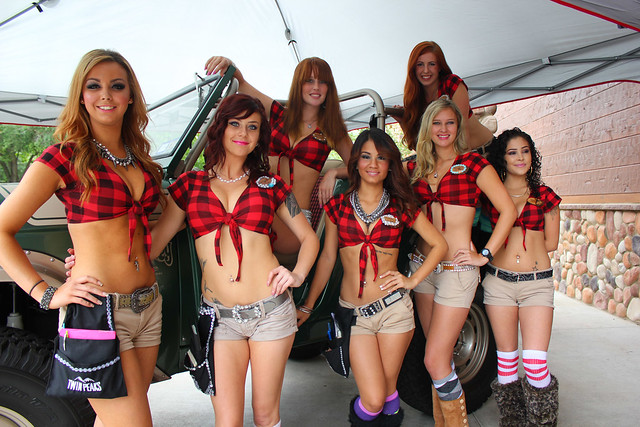 There really is more to Twin Peaks than its namesake visual appeal. The recently-opened Orlando location is one of more than thirty nationwide, priding themselves on pouring some of the coldest drinks around, a welcome addition to the area’s hot climate. Vice president of operations Dave Hadelman was more than happy to offer a behind-the-scenes look at the restaurant’s $150,000+ investment into keeping beer cold, from the refrigerator to the tap. 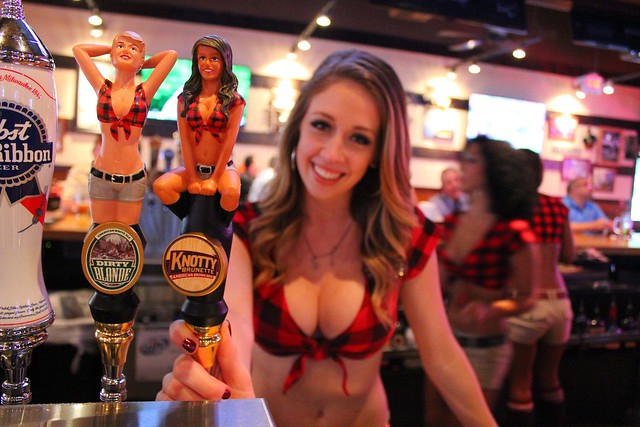 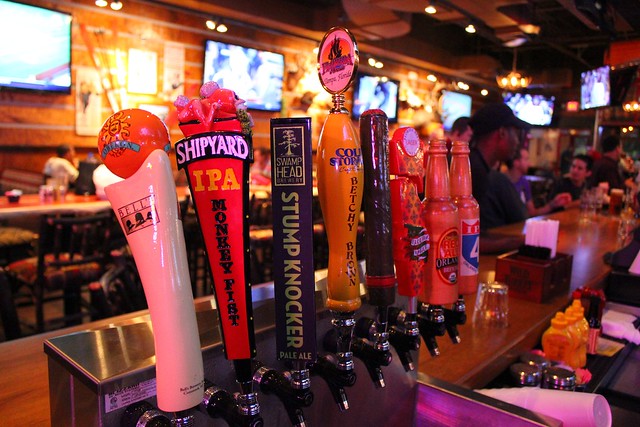 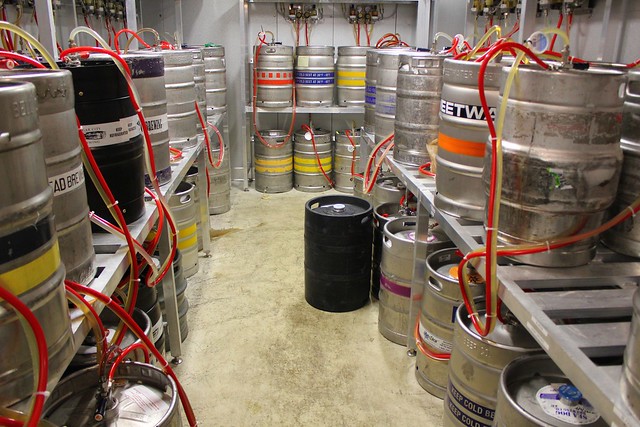 These kegs house a wide variety of beers, domestic, international, and local, each chilled not only in this cooler, but at points throughout the lines and again at the head to ensure the coldest possible pours. And the mugs are kept nearly freezing as well, attended to by staff whose job is only to ensure every guest gets the best beer experience.

Two bars, one inside and one on the covered patio, offer more than enough room to hang out, grab a drink, and socialize for hours while catching the latest game on TV. 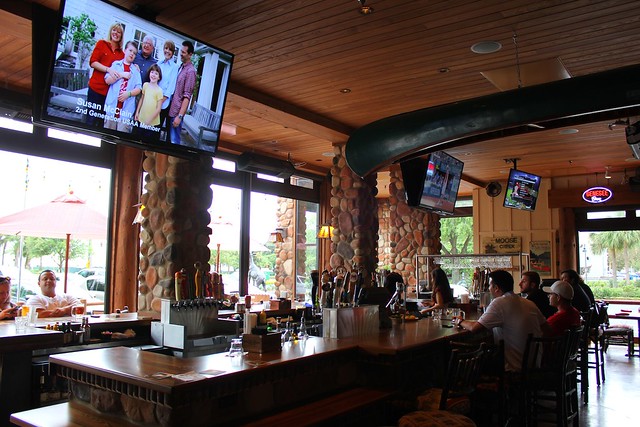 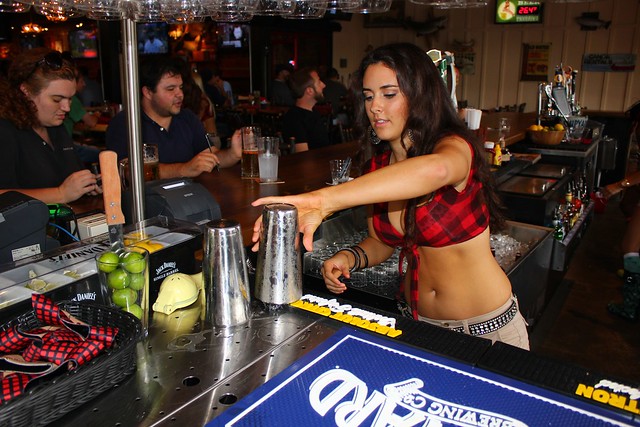 There’s even a fire pit outside to sit around whenever Orlando’s weather does turn colder. (A Twin Peaks girl might even join you to help heat things up.) 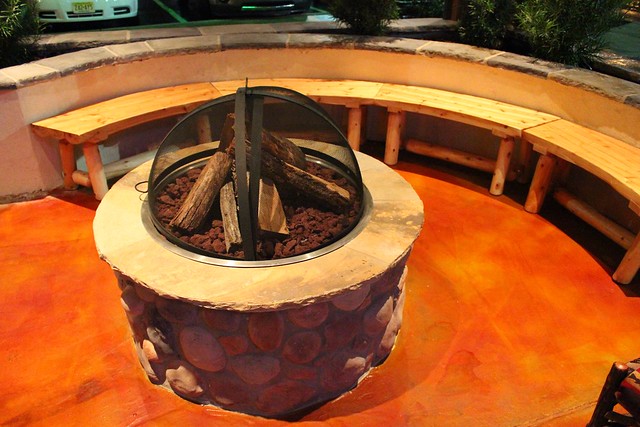 Naturally, Twin Peaks serves food too, with a menu made up of bar staples including nachos, chicken wings, tacos, cheese sticks, and quesadillas, plus giant portions of chicken fried steak, pot roast, sandwiches, salads, and more. The food is standard fare for a joint like this, nothing to get too excited about but not a bad bite while enjoying a few drinks with friends and admiring the scenery. 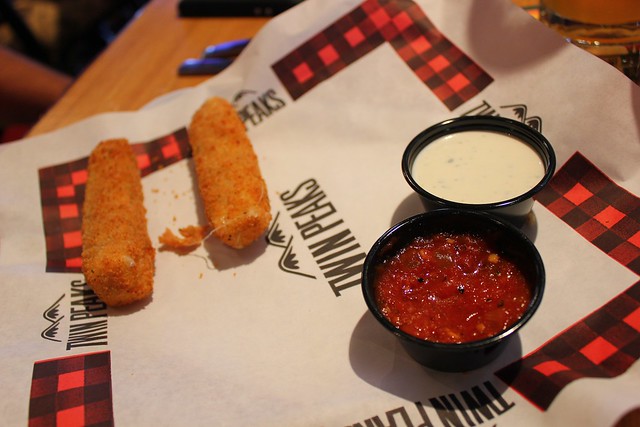 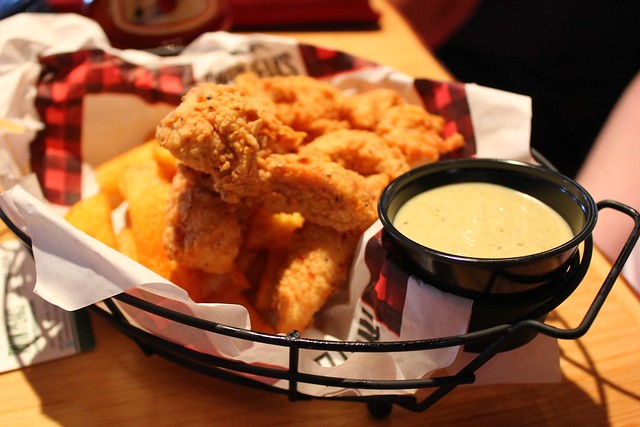 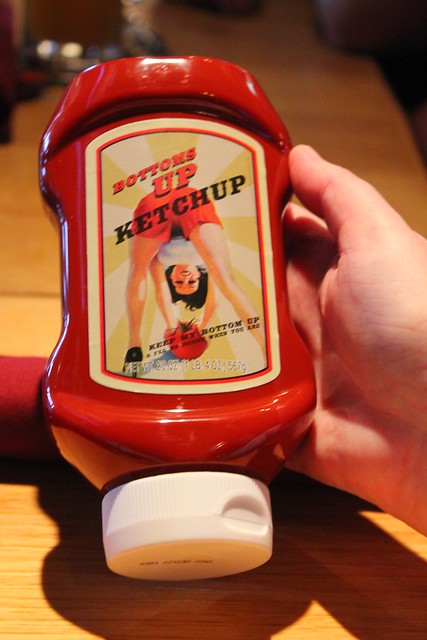 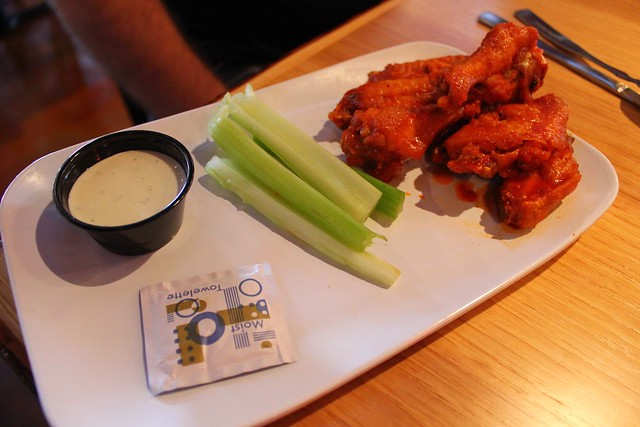 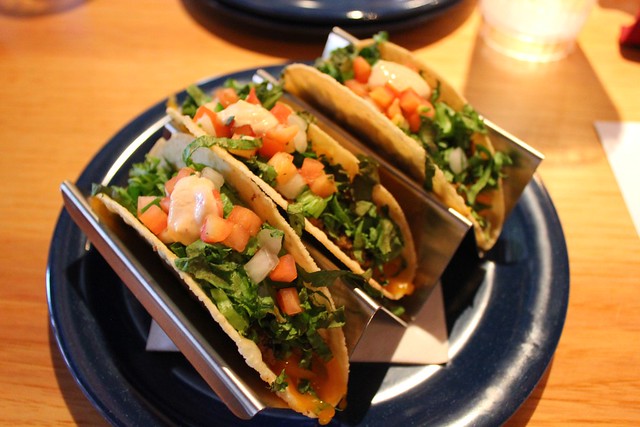 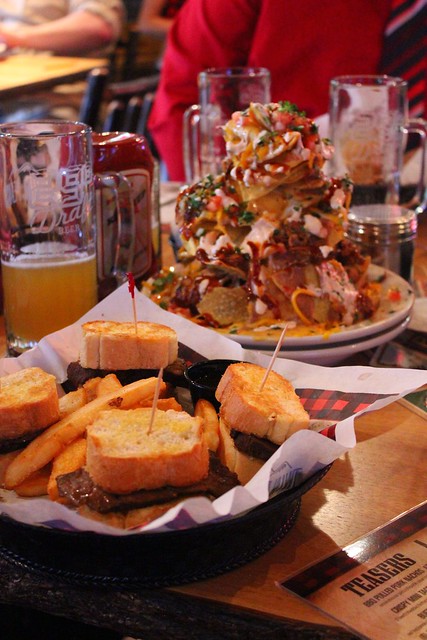 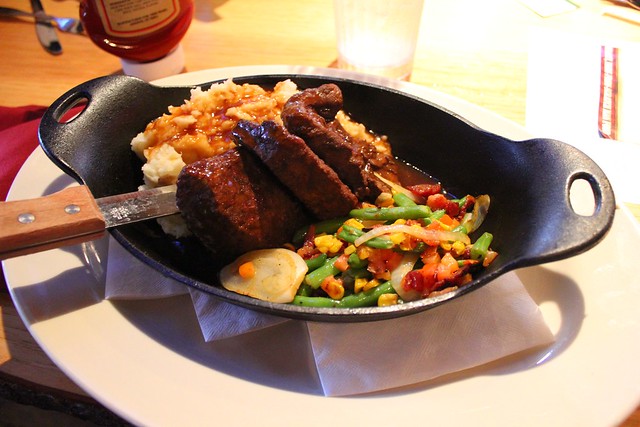 Desserts offer the best bites, including churro-style apple turnovers and the ultimate ice cream cookie sundae that’s served with its own edible “peaks.” Subtlety is not this restaurant’s specialty. 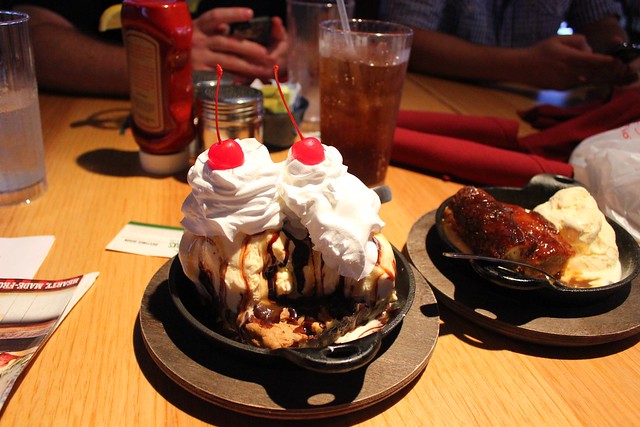 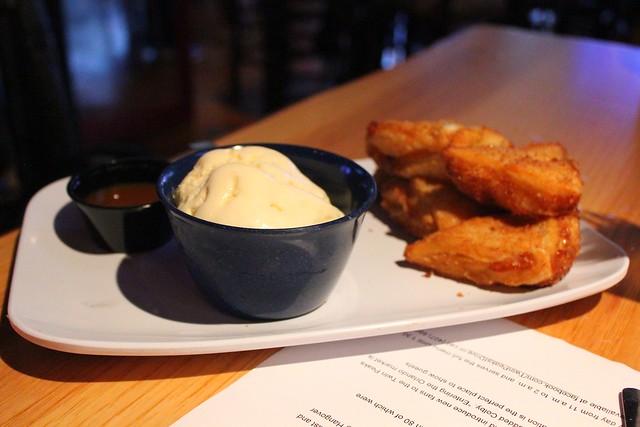 There are no current plans to expand the quickly growing Twin Peaks chain anywhere else in Florida, though many additional locations are expected to pop up throughout the country in the coming months and years. It’s a successful business model, offering a noticeably classier variation on the traditional “breastaurant” concept.

And Twin Peaks always gives patrons a reason to return, offering themed outfits and events surrounding happenings and holidays as well as an annual bikini contest. So visitors may find the girls’ woodsman look replaced by green outfits for St. Patrick’s Day, a variety costumes for Halloween, pirate booties for National Talk Like a Pirate Day, or even lingerie when the Victoria’s Secret Fashion Show airs on TV.

More information about Twin Peaks International Drive, including their menu and hours, can be found on TwinPeaksRestaurant.com and on their Facebook page.