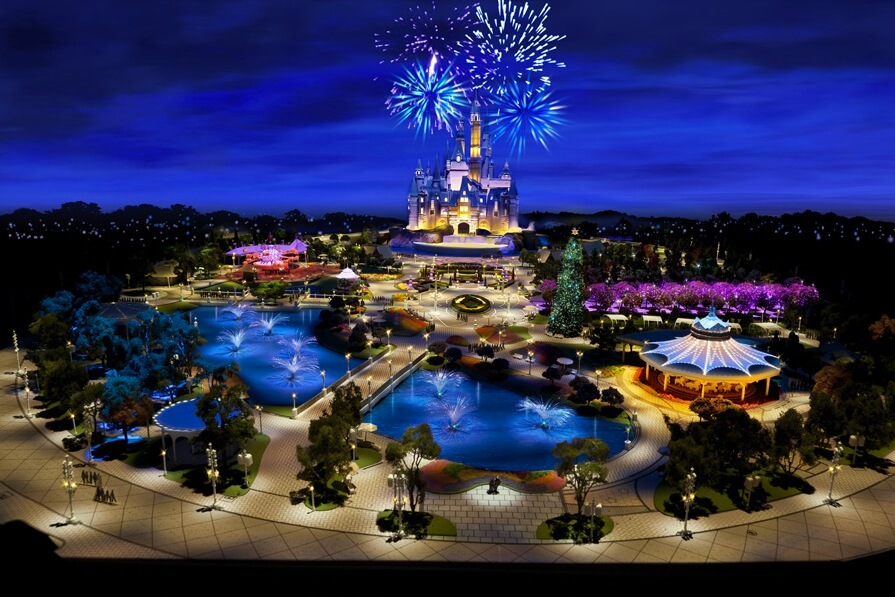 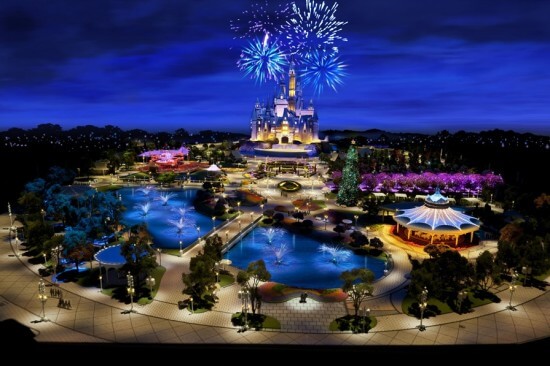 Little has been revealed from Shanghai Disneyland, though Iger noted that Walt Disney Imagineers had built a complete 3D model of the park. The park will not feature a traditional Main Street USA, instead of having an 11-acre garden and water area welcoming Guests in.

The rendering also features a carousel to the right, Dumbo the Flying Elephant ride to the left, and a large Christmas tree near the hub. 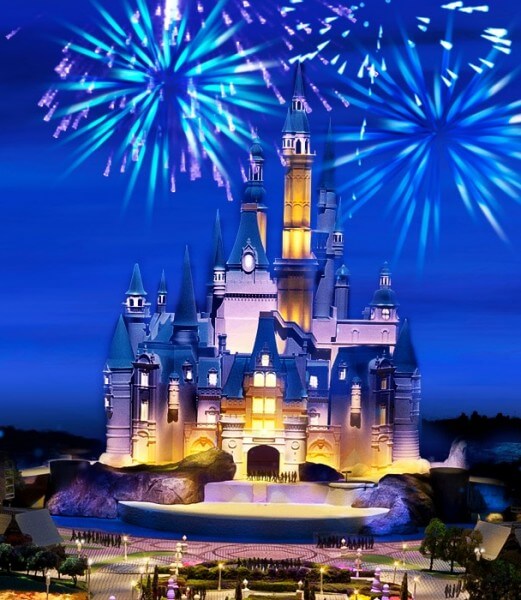 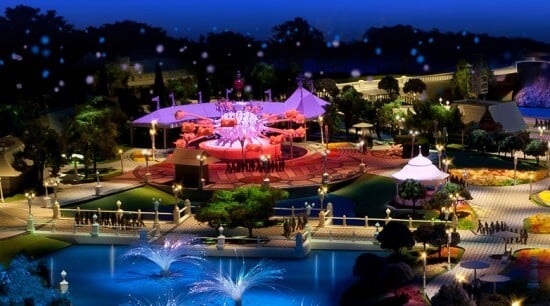 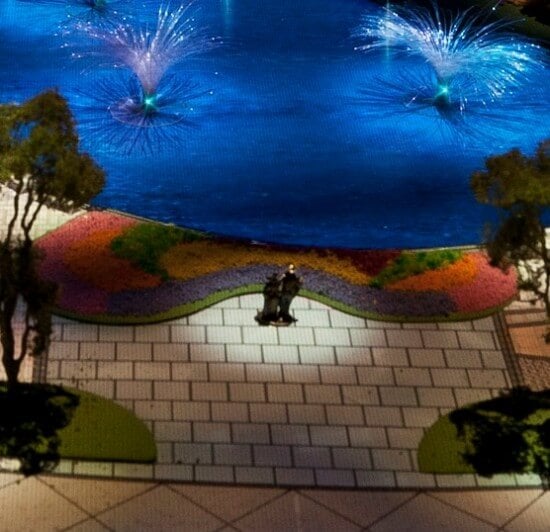 Shanghai Disneyland will open as part of Shanghai Disney Resort in late 2015, including two themed hotels, dining, entertainment, and more.