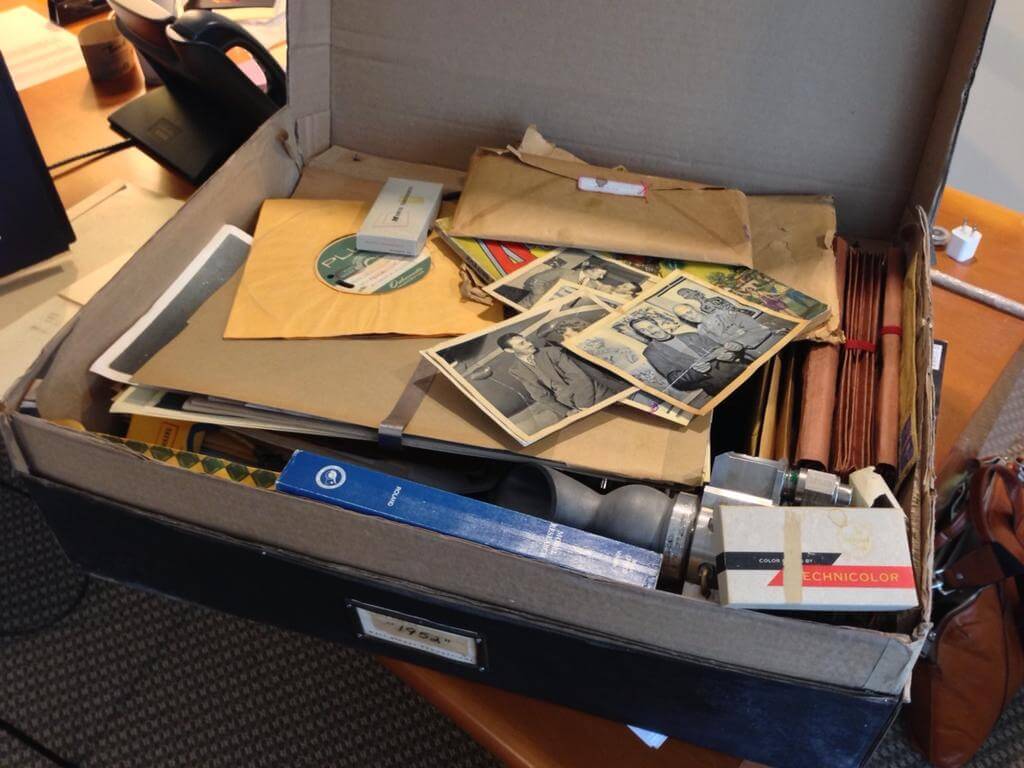 The Walt Disney Studios has announced that its live-action release previously known as “1952” will be titled “Tomorrowland.” The film will be released domestically on December 19, 2014. George Clooney (The Descendants) is set to star.

It’s not clear how much the upcoming film will relate, if at all, to the Tomorrowland of Disney theme parks worldwide, but Bird and Lindelof did recently tweet photos of a box dated “1952” full of retro items that reportedly inspired the film, including photos of Walt Disney: Related: Looking back at “Tomorrowland” – Was Disney Studios’ 2015 epic ahead of its time?

From this Disney Parks Blog post, it’s clear the “box” is just the beginning of an elaborate promotional marketing scheme surrounding this film, stated as being linked to Walt Disney Imagineering, but hinting at more details to come.

UPDATE (2/4/13): D23: The Official Disney Fan Club called upon the Walt Disney Archives Director Becky Cline to examine the box’s contents, adding a few more details about each of the items in the box – but not much else about the film itself.