Burton is back. After a series of widely successful Hollywood films that seemed to stray from his unique style, director Tim Burton has reached deep into his inner insanity to produce what’s not only his best film in well over a decade but quite possibly the best motion picture of 2012. “Frankenweenie” is, frankly, electrifying, capturing a certain spark that will instantly grab the attention of all his fans from the moment Walt Disney Studios’ castle logo turns black and white with a flash of lightning, never relenting until the closing credits. General audiences may miss the nuances of this stop motion tour de force, particularly its many references to classic horror films. Still, the spirit and enthusiasm Burton brings to the big screen with this project are unmistakably infectious. 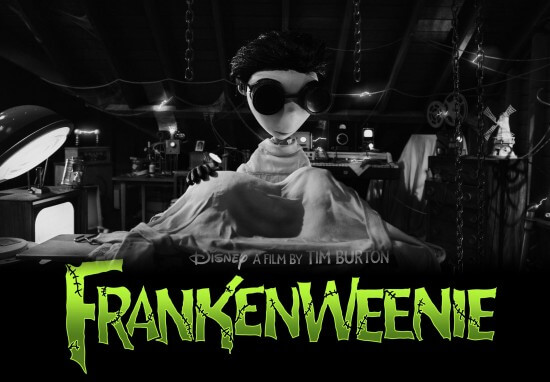 “Frankenweenie” quite literally had me smiling ear to ear during every frame of its gorgeous animation, which by the way, looks stunningly real and rather immersive in 3D, perfect use of the technology, uniquely and appropriately displayed in black and white, considering its subject matter. In its simplest definition, this film retells the classic “Frankenstein” story, even so much as giving its main character Victor that very same last name. But this time, Victor is not a mad scientist, but rather a young boy in the rather bizarre town of New Holland, who loses his beloved dog Sparky and, through some helpful classroom encouragement, finds a way to bring him back to his life – by bringing him back to life. Despite centering around the undead, this film is surprisingly endearing, with emotions ranging from sheer joy to utter disappointment and sadness to elated excitement and a whole lot of awkwardness. But what else would you expect from a movie featuring a character called “Weird Girl”?

There is much history of being appreciated in Tim Burton’s latest big-screen endeavor, stemming both from his own personal passions and style as well as decades of important films. “Frankenweenie” began decades ago during Burton’s initial tenure as a Disney animator. As a break from his animation, he produced this very story as a live-action short film, which has been seen and appreciated throughout the years (though Disney did not initially back it). But Burton was never satisfied with that version of his tale, longing to flesh out the idea someday fully. With the aid of Disney veteran and friend Don Hahn executive producing the film, Burton could finally realize this dream, following in a similar formula that produced the wildly popular movie, “The Nightmare Before Christmas.” But instead of a musical, “Frankenweenie” draws inspiration from nearly a century of horror films, paying homage to classics like “Dracula,” “The Mummy,” and “Creature From the Black Lagoon,” and featuring a seemingly unlimited number of hilarious references, some more subtle than others. The scene where Victor raises Sparky from the dead is utterly mind-blowing.

Back in July, I spoke with Hahn about the creation of the film and why now was the right time for Burton to make it the way he wanted it finally:

“Frankenweenie” is nothing short of a delight for any Tim Burton fan who has been longing for the return of the vision that brought forth films like “Edward Scissorhands” and “Beetlejuice.” This latest film follows directly in that style, with the town of New Holland even strongly resembling that which once was home to those famously ornate lawn sculptures. But “Frankenweenie” still feels fresh, each of its characters playing an important and unique role in the story while remaining independently interesting. Weird Girl is sure to be a favorite, but even more so her cat Mr. Whiskers, who produces several laugh-out-loud and quite a few surprising moments. 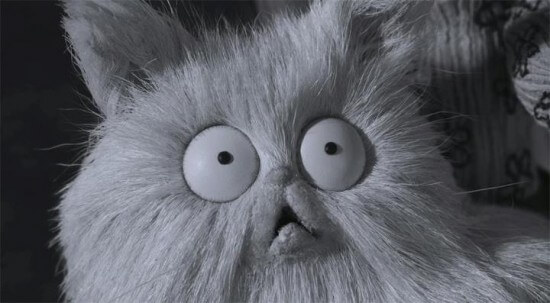 But every character is vital to the film’s success, with voice actors contributing to multiple roles featuring “Beetlejuice” stars Catherine O’Hara and Wynona Ryder and Burton newcomer Martin Short and a pair of perfectly talented children voicing the film’s lead roles of Victor and Edgar. Even the animals of the film, of which there are many, are expectedly voiced by the amazing Dee Bradley Baker and Frank Welker.

Down to the vintage horror style posters, there is nothing short of perfection with “Frankenweenie.” While those who aren’t as big fans of ’90s Burton movies and classic Universal monsters may not get quite as much enjoyment out of the movie as I did, anyone who likes either or both of those styles should be ready for a shockingly good time.

“Frankenweenie” rises into theaters on October 5, 2012, and should definitely be seen in 3-D. 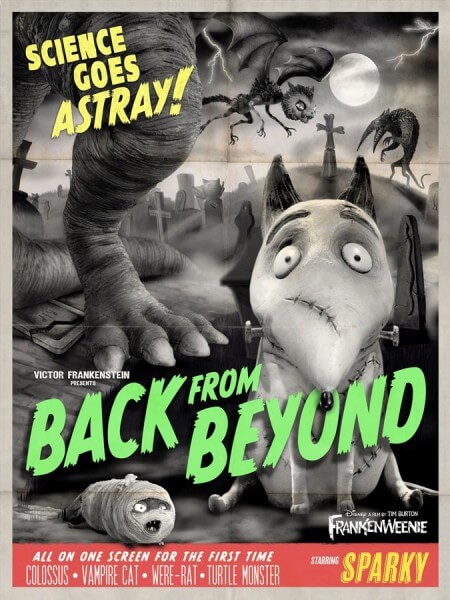