On a dark and stormy night, Universal Orlando rolled out the red carpet in a gala grand opening for two of its newest entertainment offerings. But you knew that already if you read yesterday’s article telling the tale of a particularly wet premiere evening, featuring an interview with Universal’s Cinematic Spectacular show director Mike Aiello. That, however, is not the whole story.

Indeed this week Universal Orlando debuted two new experiences as part of its ongoing “Year to Be Here,” that previously also welcomed an HD upgrade to their popular Spider-Man ride. In addition to the park’s new lagoon show, Universal’s Superstar Parade now offers guests a chance to cap off each day with a character-filled street party on-the-go, spotlighting four specific franchises: Despicable Me, SpongeBob SquarePants, Hop, and Dora & Diego. And throughout the day, these characters emerge, along with their parade units and floats, to meet and greet with guests, pose for pictures, and perform individual dance routines and other interactive forms of entertainment.

Following a single sneak preview performance, two more days of rained-out public rehearsals, an a grand opening evening that had wet weather delaying the festivities well into the night, Universal’s Superstar Parade finally made its official debut after dark – an unusual sight for a parade that will normally be turning during daylight. 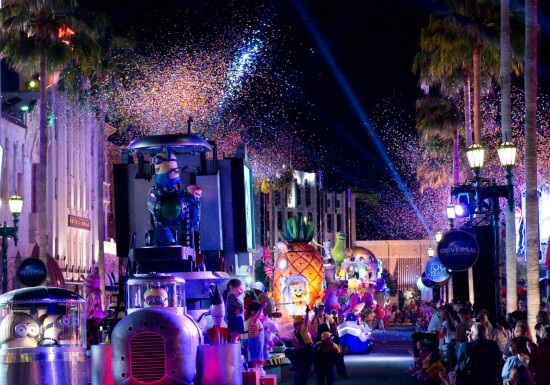 Fortunately, prior to Saturday’s public sneak preview, Universal’s Entertainment team had already been rehearsing the parade after park hours for several months, so its floats were already lit and ready for this unusual occasion. And in the end, those who stayed past the deluge were treated to a rare nighttime sight.

But whether it’s performed during the day or at night, Universal’s Superstar Parade features extremely popular characters and movie franchises – and a few that are not quite as instantly recognizable. So why has Universal chosen these properties to feature in their new daily entertainment offering?

In an interview prior to the downpour on opening night, show director Lora Wallace explained to me what went into the creation of Universal’s Superstar Parade and why she feels lesser known characters like E.B. from “Hop” will still resonate with all who watch.

In addition to showing off all the new entertainment, Universal Orlando brought out a select few characters during the grand opening event, representing each of the new parade’s units. 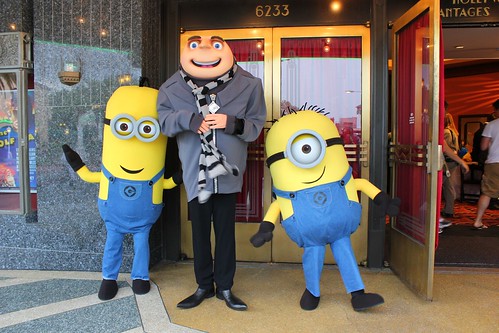 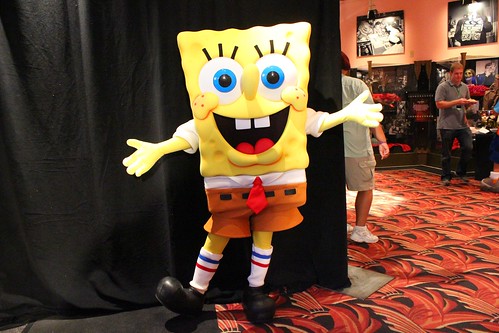 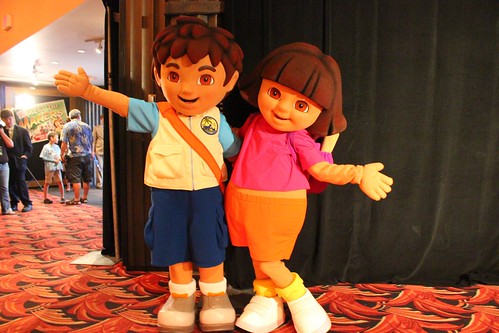 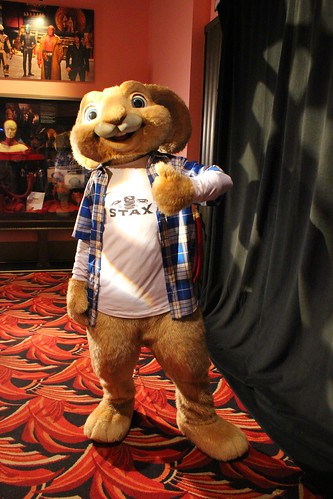 Fans of SpongeBob SquarePants and Despicable Me will soon have even more opportunities immerse themselves in those worlds at Universal Studios Florida, with the Despicable Me: Minion Mayhem ride opening this summer as well as a SpongeBob-dedicated store in the park’s KidZone.

Meanwhile Universal’s Entertainment team is still deciding how to integrate their new parade into the yearly routine of the park. On opening night, Senior VP of Entertainment Jim Timon said firm decisions had not yet been made regarding how Universal’s Superstar Parade will work into the demanding schedule of Macy’s Holiday Parade when it returns for Christmas time later this year. The same goes for when Mardi Gras rolls around again next year. But all that is still several months away.

For the immediate future, guests visiting Universal Studios Florida can count on both Universal’s Superstar Parade and Universal’s Cinematic Spectacular to provide exciting and colorful entertainment to cap off each day at the movie-based theme park, summarizing the character greetings, shows, and rides experienced throughout a visit. While some may find the characters in the parade not as instantly recognizable as those featured in a few other major theme parks in town, the new show’s acrobats, musicians, and dancers – no matter who they are or portray – certainly add new life into the park’s streets, giving whole families a chance to have a good time together.

You can watch the the first public performance of Universal’s Superstar Parade in our preview article, along with my personal thoughts.