Continuing a long string of additions to The Haunted Mansion at Walt Disney World’s Magic Kingdom, Disney has added a photo opportunity at the classic dark ride’s exit.

The photo op resides next to existing crypts allowing passing Guests to turn their heads into headstones by placing them onto the shrouded busts. 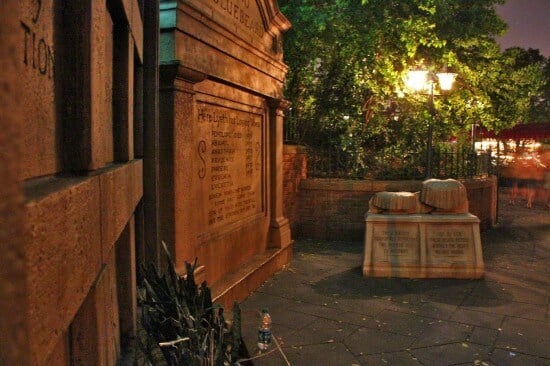 The inscription below the pair of headstones reads:

These stately headstones represent two friends lost by accident.
Side by side, their heads repose. Where’s the rest? No one knows. 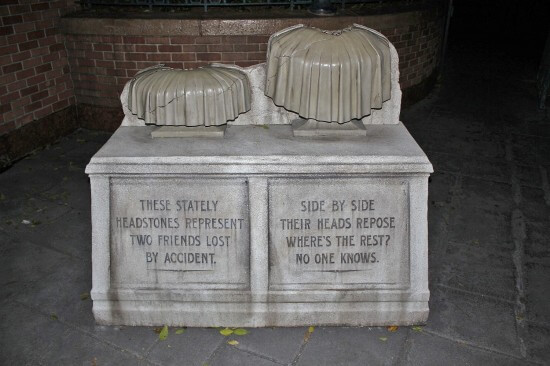 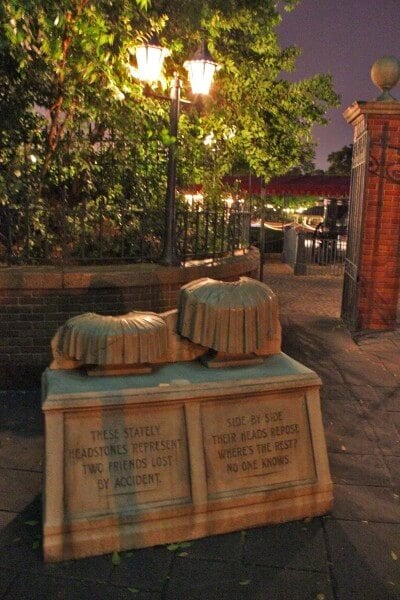 Disney’s Imagineers added many other tombs, crypts, and headstones to The Haunted Mansion in an interactive graveyard.

The new photo op appears to be popular among Guests, with many eager to pose for pictures on their way out, so to speak.