Artwork, banners, crowns, and fiber-optic headboard effects are among some of the many unique touches Disney’s Imagineers have added to these updated hotel rooms, starting at $189 per night. My personal favorite touch is Genie’s magic lamp forming the bathroom faucet. 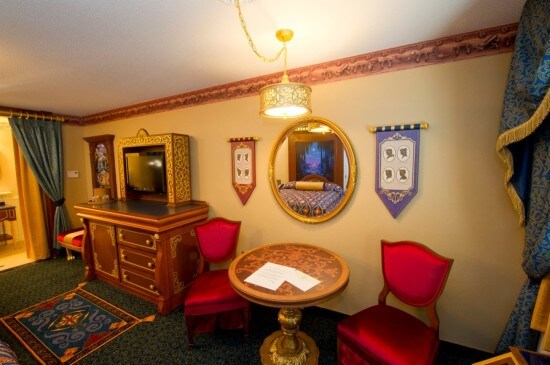 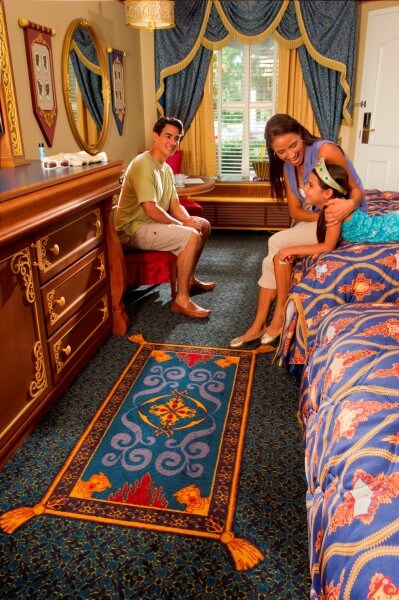 “We are excited to build off the highly popular ‘story room’ concept by offering another very immersive and richly themed accommodation for our guests,” said Kevin Myers, Vice President Resorts, Walt Disney World Resort. Disney previously debuted “Pirates of the Caribbean” themed story rooms at the Caribbean Beach hotel. “Storytelling is what Disney does, and these new room offerings clearly provide a great new Disney Resort option for our guests.”

The new Royal Guest Rooms can sleep up to four princes or princesses and can be booked by calling 407-W/DISNEY. 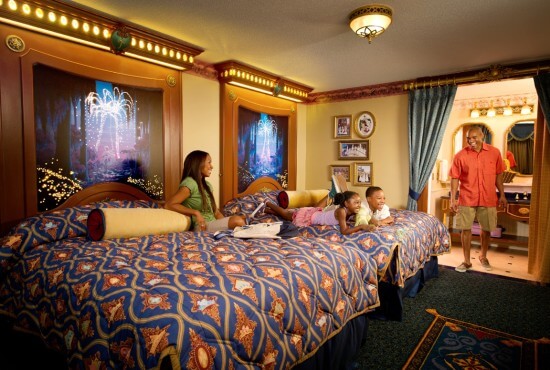