Use the 4th of July guide below to help plan your holiday celebration. 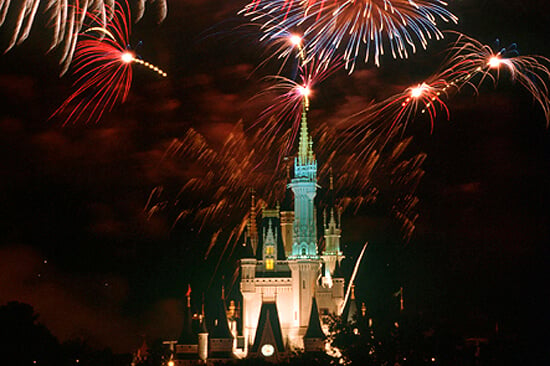 Magic Kingdom
“Disney’s Celebrate America! A Fourth of July Concert in the Sky” is a fireworks show paying homage to the hopes and dreams of America’s forefathers. It’s presented twice, at 9 p.m. on July 4 and one day earlier on July 3 at 9 p.m. It’s one of Orlando’s most popular Independence Day celebrations, so be sure to arrive to the park early in the day as it has closed to capacity in years past.

Disney’s Hollywood Studios
Theme park band Mulch, Sweat, and Shears will perform during all-new “Rockin’ 4th of July Celebration“ featuring a “musical road trip across America” with different regions’ contribution to rock and roll. During the concert, fireworks, lighting and special effects will be presented. It’s one of the few nights each year that this park puts on an elaborate fireworks show and will take place on July 4 at 9:45 p.m.

Epcot
The nightly ”IllumiNations: Reflections of Earth” fireworks will be shown above the World Showcase Lagoon, followed by “The Heartbeat of Freedom,” a special pyrotechnic and laser light finale. This show begins at 10 p.m on July 4. Throughout the day, guests can enjoy the “Voices of Liberty 4th of July Concert” and participate in meet-and-greets with Benjamin Franklin, Betsy Ross and Disney characters adorned in patriotic dress at American Adventure. 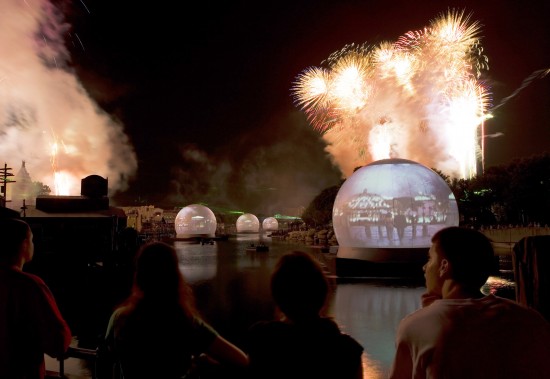 Universal 360 returns to Universal Studios Florida for Independence Day. This “Cinesphere Spectacular” combines fireworks with lasers and movie projections on giant inflated spheres across the park’s lagoon and will begin at 9 p.m. on July 4. Fireworks will continue after the conclusion of the standard 360 show. And those who don’t make it to the park on July 4 can still catch the same show running almost nightly through August 13.

Throughout the day on July 4, patriotic characters will also be available for guests and the band Blue Stone Circle will perform on the Music Plaza stage beginning at 5p.m.

No Independence Day celebrations are planned for the Islands of Adventure theme park. 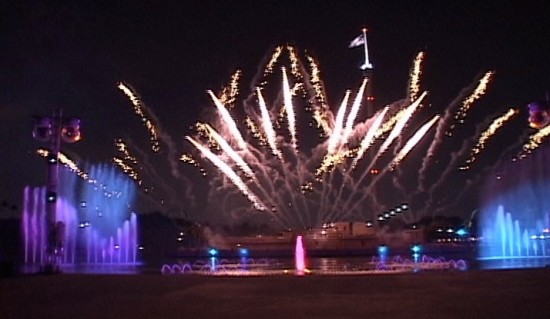 SeaWorld celebrations the 4th of July with a special Reflections fireworks and fountains show at 9:45 p.m. feature additional fireworks timed to patriotic music. SeaWorld will remain open until 11 p.m. that night. Summer Nights activities will also continue throughout the weekend (and the summer) starting at 6 p.m. on July 2, 3 and 4 featuring evening shows lke Shamu Rocks, DJs and live bands. 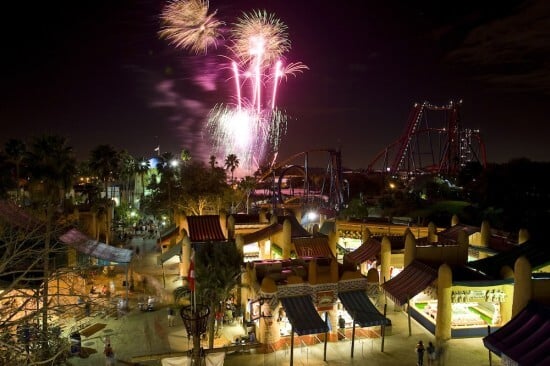 On July 2, 3 and 4th Busch Gardens will fire off a massive fireworks display at 9:30 p.m., visible from all over the park, though viewing from Gwazi Park is recommended. It will all take place just after the new Kinetix show at 9 p.m. Like SeaWorld, Busch Gardens is featuring additional Summer Nights entertainment throughout the summer, including magician Christopher Cool, DJs, and nighttime rides on the park’s newest roller coaster, Cheetah Hunt.

No matter which park, big booms and patriotic music are promised to help celebration the nation’s independence. And even with big crowds, it’s easy to have a great time once the fireworks shows begin all over Central Florida.