For that purpose, Disney has launched StarToursPassport.com, allowing visitors to upload a photo (or grab one from Facebook) and create their own “Galactic Passport,” which can be printed and taken to the theme parks. I created one using a familiar Disney face: 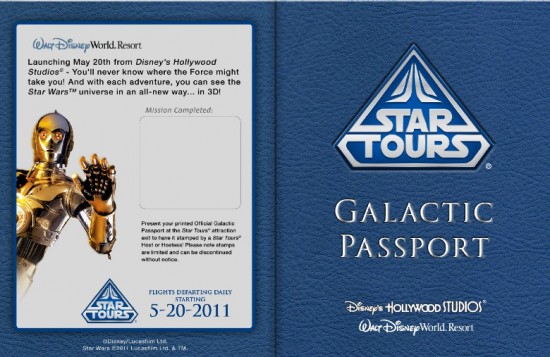 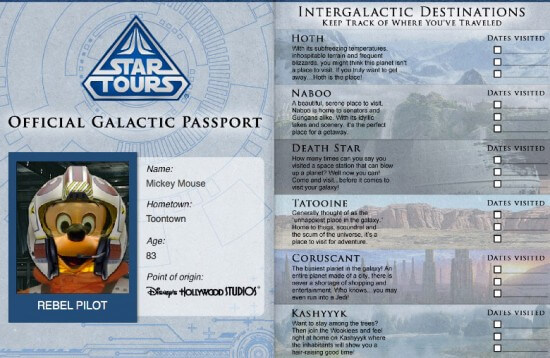 In the park, guests can have their passports stamped upon visiting the new version of Star Tours when it reopens on May 20, 2011 at Disney’s Hollywood Studios in Florida and on June 3 at Disneyland in California. In addition, checkboxes and blanks allow guests to write down dates on which they visited the ride’s destinations: Hoth, Naboo, Death Star, Tatooine, Coruscant, and Kashyyyk.

Star Tours Galactic Passports can be posted to Facebook as well, via fun animations that include music from the original Star Tours attraction.