It may be nighttime in the United States, but on the morning of April 8, 2011, in China, Disney has officially broken ground on its newest theme park: Shanghai, China.

Here’s a short video of the groundbreaking moment posted by Walt Disney Imagineer Bob Weis and showing Iger and Staggs:

UPDATE (4/13/11): Below is two videos featuring highlights of the groundbreaking ceremony as well as a flyover of the construction site as Shanghai Disneyland begins to be built:

With the groundbreaking, the official website for Shanghai Disneyland has launched, though information on it is scarce at the moment.

In addition, new artwork was unveiled depicting the unique castle that will be the centerpiece of Shanghai Disneyland, called Storybook Castle: 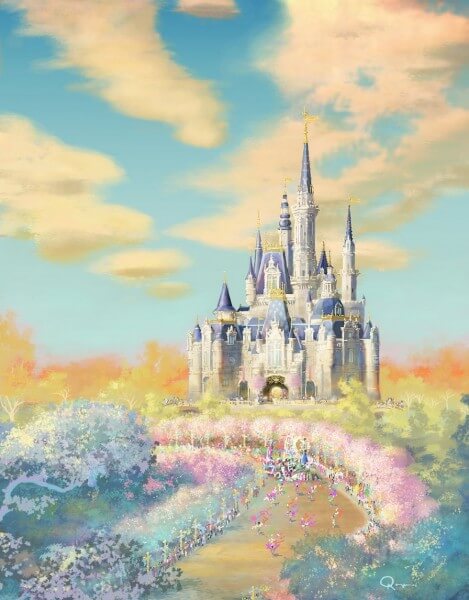 Throughout Shanghai Disneyland, classic Disney characters and storytelling will blend with all-new attractions and experiences designed specifically for the people of China. The park will consist of several themed “lands,” each with their own distinct attractions, entertainment and experiences. At the heart of the park will be Storybook Castle, the most interactive Disney castle yet, complete with entertainment, dining and performance spaces. It will truly be an attraction unto itself.

Here’s a second rendering of the castle, along with the Shanghai Disneyland logo:

Shanghai Disneyland is scheduled to open in roughly five years. It will include a few all-new experiences “inspired by and created for the people of China” along with classic Disney attractions. The resort will feature two themed hotels (1 deluxe hotel and 1 value hotel with a total of 1,220 rooms), shopping, dining, and entertainment alongside a lagoon.

Iger revealed that Shanghai Disneyland would not have a Main Street USA like all other Disneyland-style parks have. In its place, Guests will pass through an 11-acre entrance area featuring water, trees, and costumed characters. The Shanghai Disneyland castle pictured above will be Disney’s biggest to date.

Here’s a closer look at additional concept art for Shanghai Disneyland with many more details to emerge in the future: 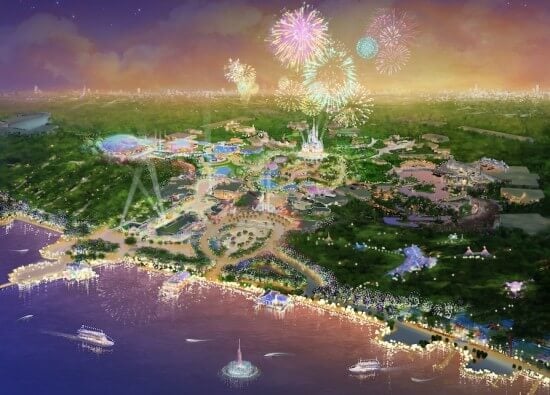 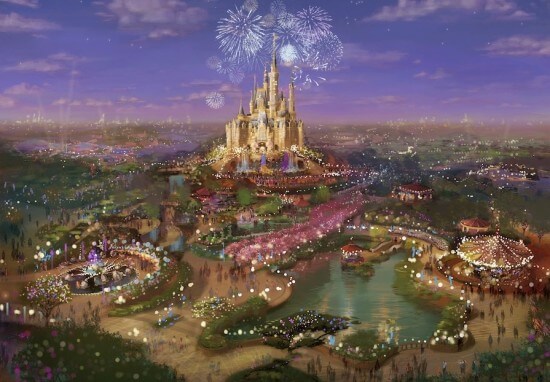