During the Dream’s 2-night Christening Cruise, I stayed in a Deluxe Verandah state room, #10658, on deck 10. During the voyage, I also had a chance to tour one of the Deluxe Inside state rooms, featuring the highly-anticipated Magical Porthole, offering a live view of the ocean outside – along with some Disney touches. Both rooms offer comfortable beds and plenty of room for a family to enjoy a few nights at sea.

Read on for a further look into both types of state rooms. 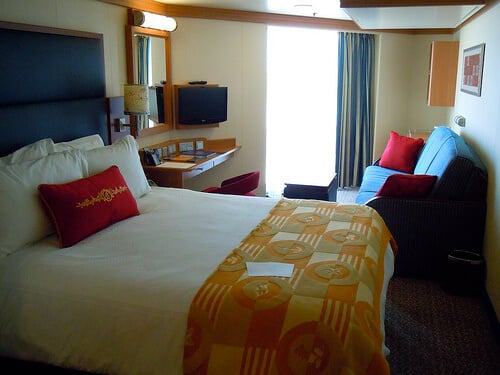 I was fortunate enough to have been given an aft (rear) corner room to stay in on the Disney Dream. This room features the same amenities as any other Deluxe Veranda, but since it is on a corner, the room’s layout differs slightly from a rectangular one and it also features an extra-large (and extra-enjoyable) balcony.

I found little to complain about in this room. In fact, my reaction was quite the opposite. The bed was comfortable, as were the pillows and the couch. A bunk bed is available to be pulled down from the ceiling. 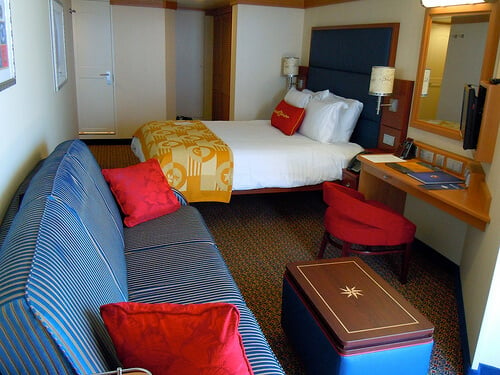 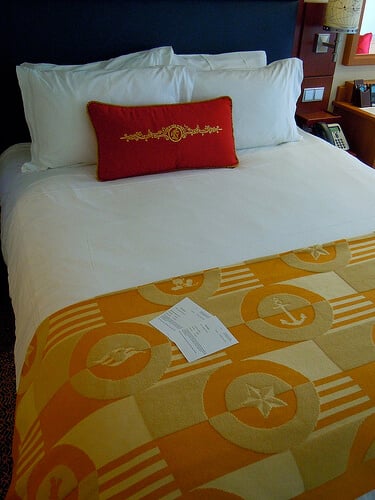 Both Inside and Verdana rooms feature unique split bathrooms, one side offering a sink, mirror, and shower and the other a sink, mirror, and toilet, allowing two guests to use the various facilities at the same time. The shower is spacious enough, features a strong, handheld shower head, and includes the same Disney/H2O brand shampoo and conditioner as is used in Disney’s Grand Californian hotel at the Disneyland Resort. 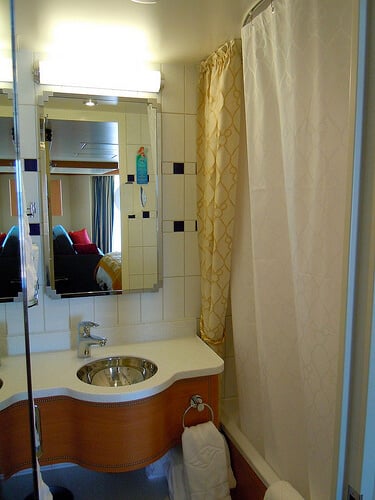 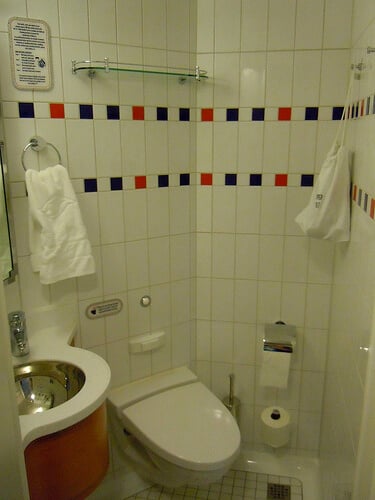 There are also an alarm clock, wired telephone, and two wireless “wave” phones for use throughout the ship. Unfortunately, I couldn’t figure out how to set the alarm and could never get my wireless phone to work from anywhere on the ship. They’re supposed to be able to be used to freely communicate between the state room and each phone (and phone to phone) but service was non-existant. Internet Wi-Fi was also available but, again, was unresponsive and ultimately unusable. I was never able to successfully log in from within this room. 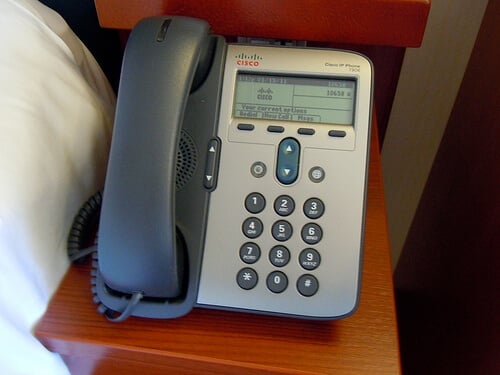 State rooms aboard the Disney Dream also include interactive televisions, allowing guests to check their folios, itineraries, and even call up on-demand movies – all Disney content, of course. 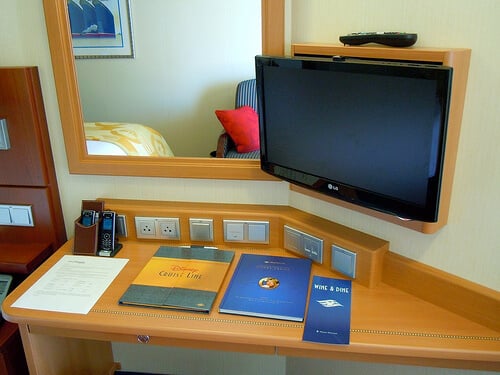 But the star of the Deluxe Verandah state rooms is the verandah, or balcony. And this corner room has the ultimate private balcony. Here are a few photos taken from it throughout the trip: 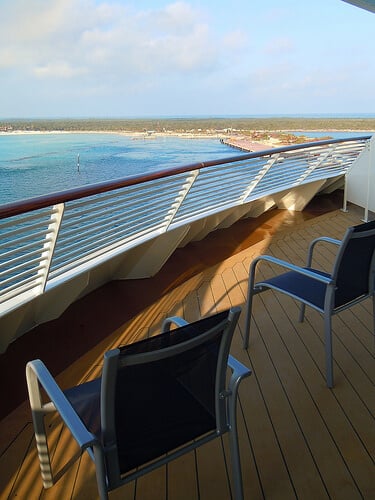 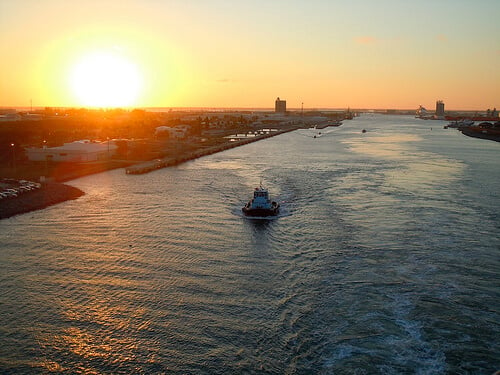 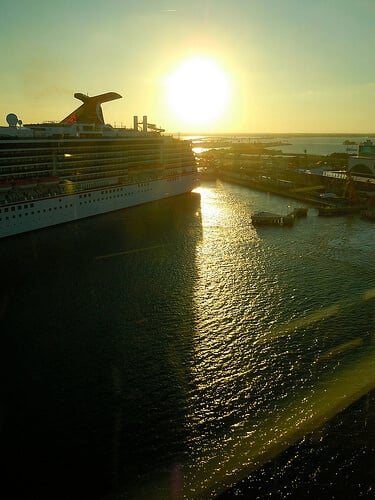 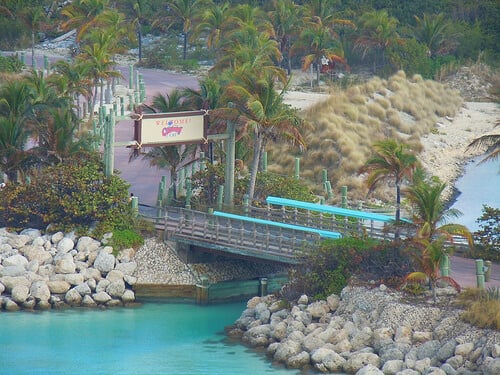 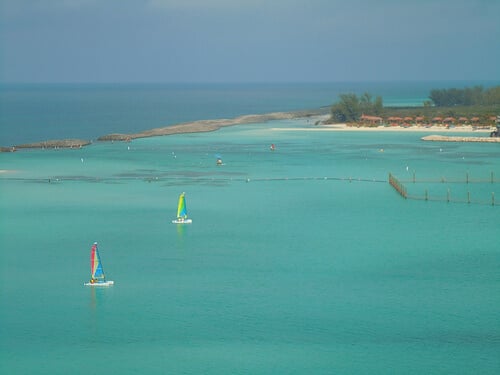 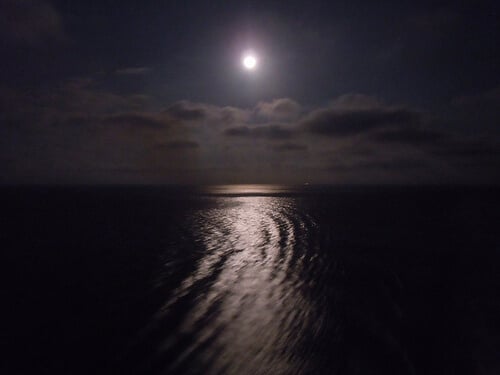 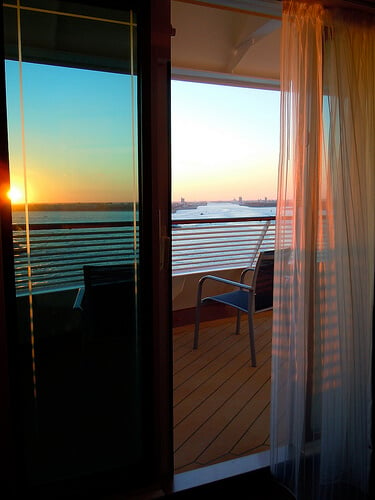 Those who enjoy ocean views will be in heaven with a Deluxe Verandah state room aboard the Disney Dream.

More photos of the Deluxe Verandah state room on the Disney Dream: 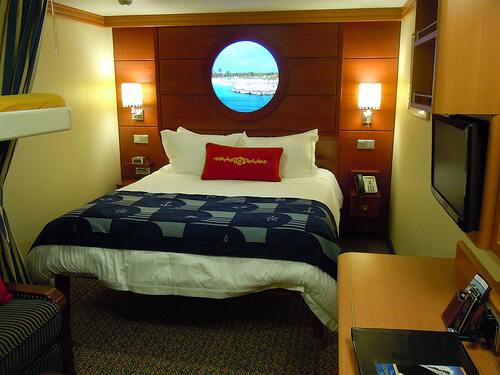 Despite not having a window or balcony, the Deluxe Inside state rooms never feel claustrophobic or cramped. The rooms have enough room to walk around comfortably and Disney has made sure that all rooms, even interior ones, still have a view of the outside. They’ve accomplished that feat by way of their new “Magical Portholes,” which offer live video views of what’s outside the ship, via high-definition cameras mounted on the ship’s exterior.

Here’s a video tour of the Deluxe Inside State Room, #9049, including the Magical Porthole:

I also learned more about the Magical Porthole from Helene of Disney Cruise Line:

The Inside state rooms feature identical facilities to the Deluxe Verandah room mentioned above, but are simply smaller in size. These rooms are 204 square feet and sleep 3-4 guests.

More photos from the Deluxe Inside Disney Dream state rooms:

Beyond these two types of state rooms, the Disney Dream features many other accommodations, from standard inside rooms up to the 1,781 square-foot Concierge Royal Suite with Verandah. Of course, each comes with its own appropriate price tag, which varies throughout the year and by level.

Concierge state rooms have a private, gated entrance on the inside of the ship and guests staying in these rooms have access to an exclusive sitting area on the Dream’s top deck: 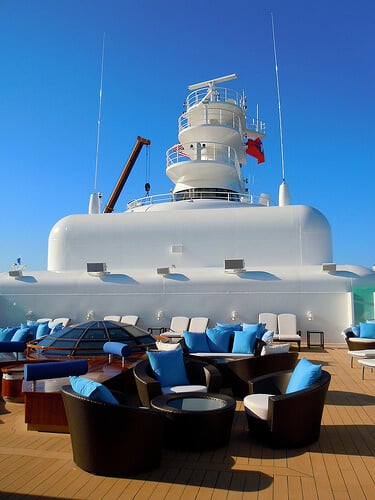 While most guests aboard a Disney Cruise will find themselves outside of the state room more than within, it’s still nice to have a comfortable and relaxing place to come back to at night. Whether you’re there to simply shower and sleep or wanting a private place to sit and listen to the ocean crash, the Disney Dream has the right type of state room to meet your needs.