Take a closer look at Thomas Kinkade's latest art release: Alice in Wonderland - Inside the Magic 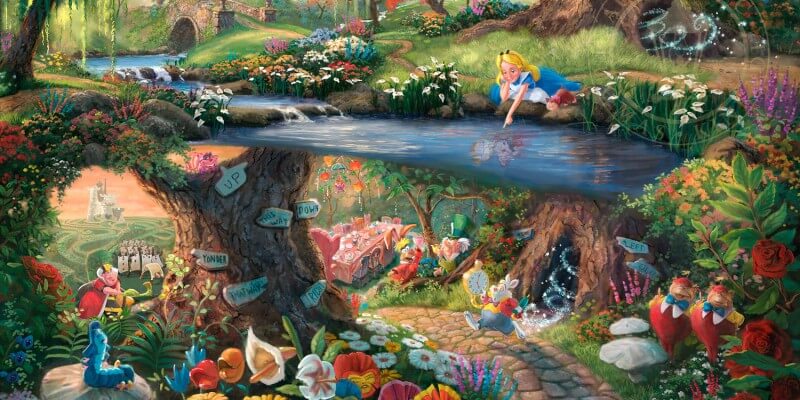 Thomas Kinkade Studios recently released their latest Disney painting featuring Alice in Wonderland andd today we are going to take a closer look at the incredible details in this painting. 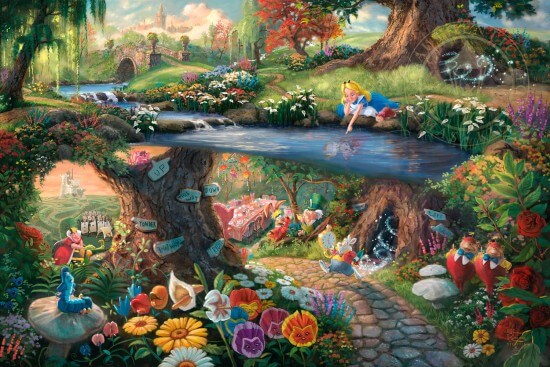 *Kathryn Beaumont, who was the voice of Alice, narrates the “Alice in Wonderland” ride at Disneyland and was also the voice on Wendy in Disney’s Peter Pan.

*Disney’s version of Alice in Wonderland is a combination of two books written by Lewis Carroll: Alice’s Adventures in Wonderland and Through the Looking-Glass.

*For those who have read the original Alice books, you may recall the illustrations throughout the story. However, Disney opted against using those illustrations and instead hired Mary Blair as the concept artist. Mary Blair was a very successful artist famous for her work in both Disney films and parks.

*The only character that was not from the books, but was included in the movie, was the Doorknob.

*Many believe the Dodo Bird character was actually inspired by the author of Alice in Wonderland. Apparently, he frequently stuttered and had difficulty pronouncing his last name. Instead of saying it in its entirety, he would   simply call himself “The Dodo.”

*The White Rabbit always carries a clock and claims he is “late.” Each time his clock is seen, the time is set at 12:25.

*Alice, the adventurous daydreamer and main character, can be seen in her signature blue dress peering into the water at the White Rabbit’s reflection. 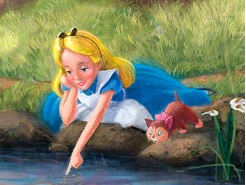 *The White Rabbit is seemingly the most sane of Wonderland’s residents. He is seen both as Alice’s reflection in the water and running out of the rabbit hole with hole with his ticking clock. 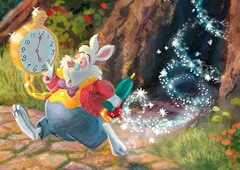 *The Mad Hatter and his best friend, the March Hare, often host tea parties to celebrate their “unbirthdays”. While the Hatter is eccentric, and insane like the rest of Wonderland’s residents, he’s also rather charming. The March Hare, on the other hand, is a bit more loud, rude and wild. 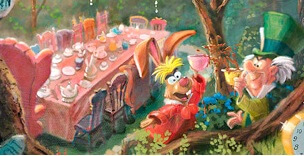 *The Dormouse is often seen popping out of a teapot. The tiny friend of the Mad Hatter and March Hare can be found floating down to the tea party table.

*The Cheshire Cat has a permanent smile on his face. He sits slyly up in the large tree ready to disappear at any moment. 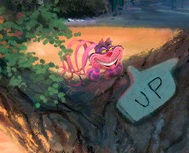 *The Queen of Hearts can be seen playing croquet. The tyrannical ruler of Wonderland is the main antagonist in the Disney film and is best known for her famous phrase “Off with her head!” 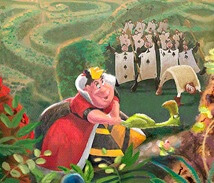 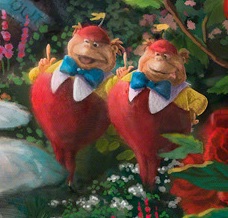 *The Caterpillar, seated in the front left corner of the painting, was often seen smoking a hookah in the Disney film. He blows colorful smoke to form letters and words 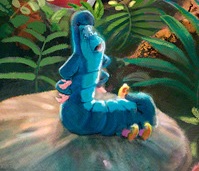