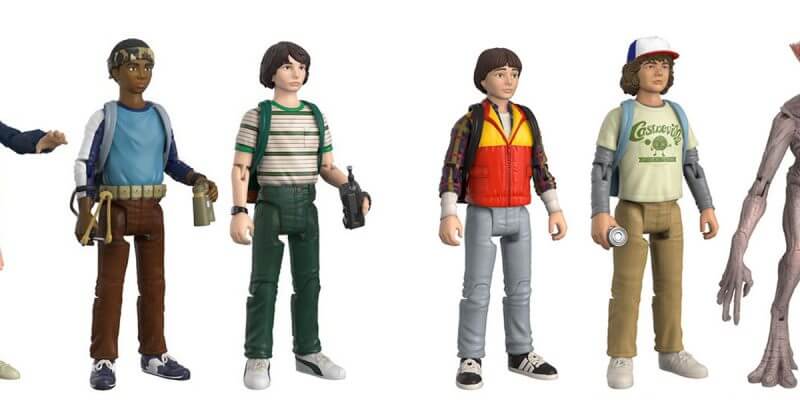 Did you love the surprise smash hit Netflix 80s-throwback series “Stranger Things”? Can’t get enough of the adventures of the residents of Hawkins, Indiana and their journeys to the Upside-Down? Now you can bring home the five friends (and one monster) that made the show so addictive and memorable. The second set consists of Will (Noah Schnapp), Dustin (Gaten Matarazzo), and the Demogorgon. These great “Stranger Things” action figures will ship in September, but you can pre-order them now from Entertainment Earth.