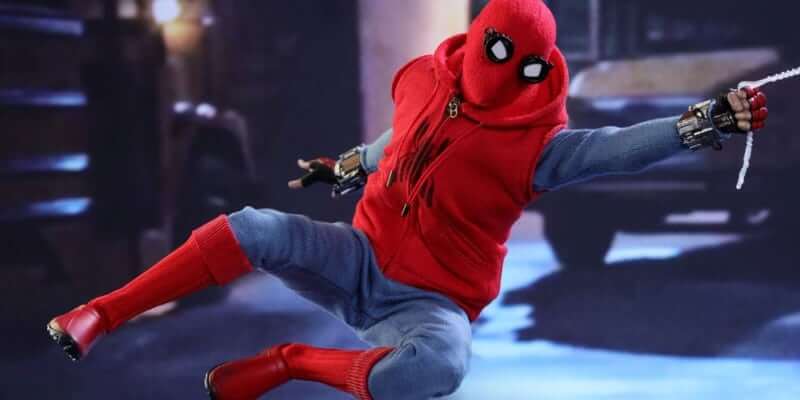 Just in time for “Spider-Man: Homecoming,” this hand painted hero is ready for action.  Standing at just under 11.5 inches tall the Tom Holland likeness has 30 points of articulation.  Spidey is dressed in his homemade costume and comes complete with an assortment of accessories (a Spider-Man mask, “web-effect” accessory, 5 web strings-able to be attached to the web shooters and a movie logo stand). The figure itself has a pair of interchangeable heads: one masked and another which is unmasked and resembling Tom Holland as Peter Parker. Three sets of eye pieces allow for changes in expression on the hooded head.  Several sets of hands allow for various action poses.  The homemade costume includes a hoodie vest, sweatshirt with web-slingers on the wrists, sweatpants, red socks and shoes. The Spiderman (Homemade Suit Version) Sixth Scale Collectible Figure is due to arrive sometime between October and December of this year.  Sideshow Collectibles offers a payment plan for fans who wish to break up the price into monthly installments.