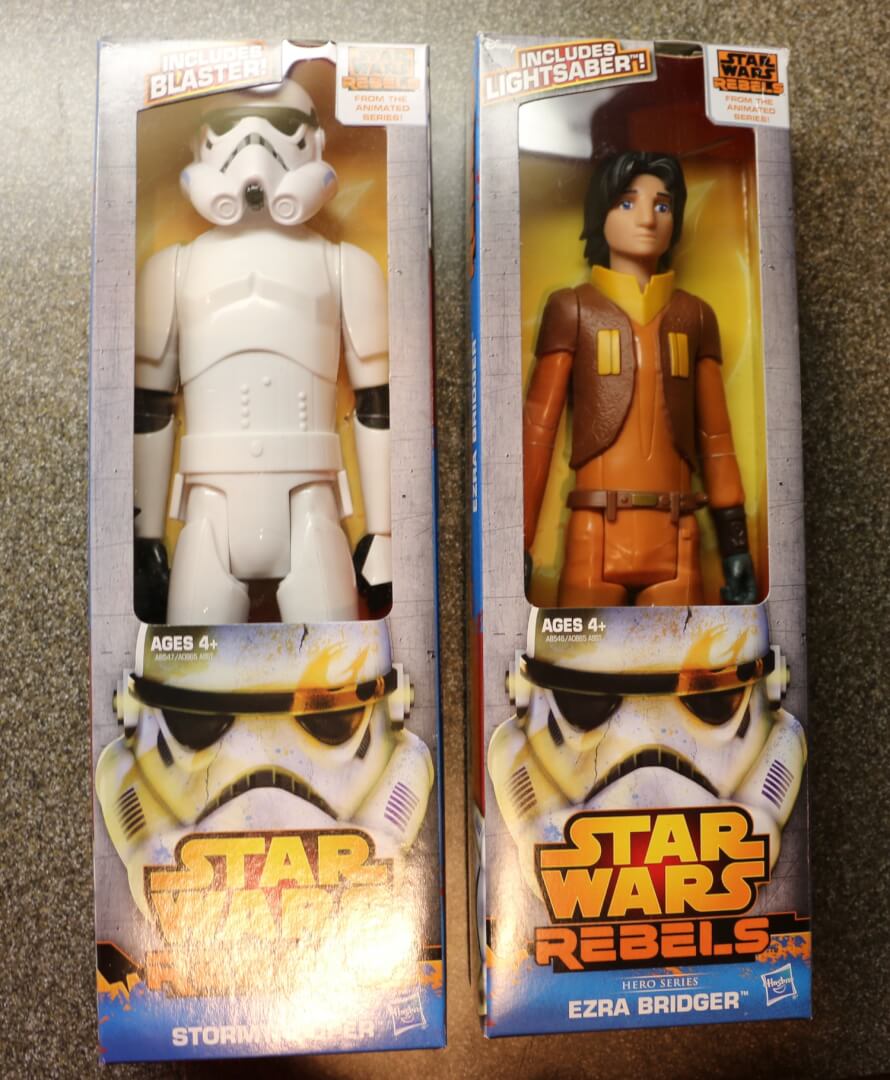 Much like Disney’s new “Star Wars Rebels” combines the look of “Star Wars” past with new characters, the toy line follows the same, appealing to franchise fans new and old.

Hasbro recently sent over a small assortment of “Star Wars Rebels” toys for us to review and, much like the new animated TV series itself, the products are a mix of good and bad.

The “Star Wars Rebels” line includes 12-inch Hero Series action figures, retailing at a reasonable price of just $9.99. The figures look nice in the box and on a shelf, featuring a decent amount of detail, considering the hard plastic that they are made of. Unfortunately, they’re not particularly fun to play with, as there is very little articulation. The arms and legs have extremely limited motion. Hands do swivel, but heads do not. They’re barely posable at all. Ultimately these figures do have a look and feel of classic “Star Wars” toys, but don’t stack up to today’s more advanced action figures. For the 3.75″ action figure line, “Star Wars Rebels” vehicles are also available, including Inquisitor’s TIE Advanced Prototype. This vehicle is just plain fun. It’s a great size, small enough for collectors to easily display but big enough to play with. The design is reminiscent of the original “Star Wars” series, but still feels new. And there are two green spring-loaded missiles that fire quite a distance – always a great toy feature. There are a few minor downsides. The wings too easily fold and collapse, making the toy difficult to sit upright on its own. And the cockpit, while spacious for 3.75″ figures, doesn’t contain an actual seat or any controls for figures to grab onto. But mostly, this TIE Prototype makes fans feel like they’re playing with a piece of “Star Wars” history. In fact, it seems to be such a good toy that it’s quite hard to find as Christmas gets closer, available in limited quantities online.

These and many other “Star Wars Rebels” toys are available from Hasbro on Amazon and all major toy stores.