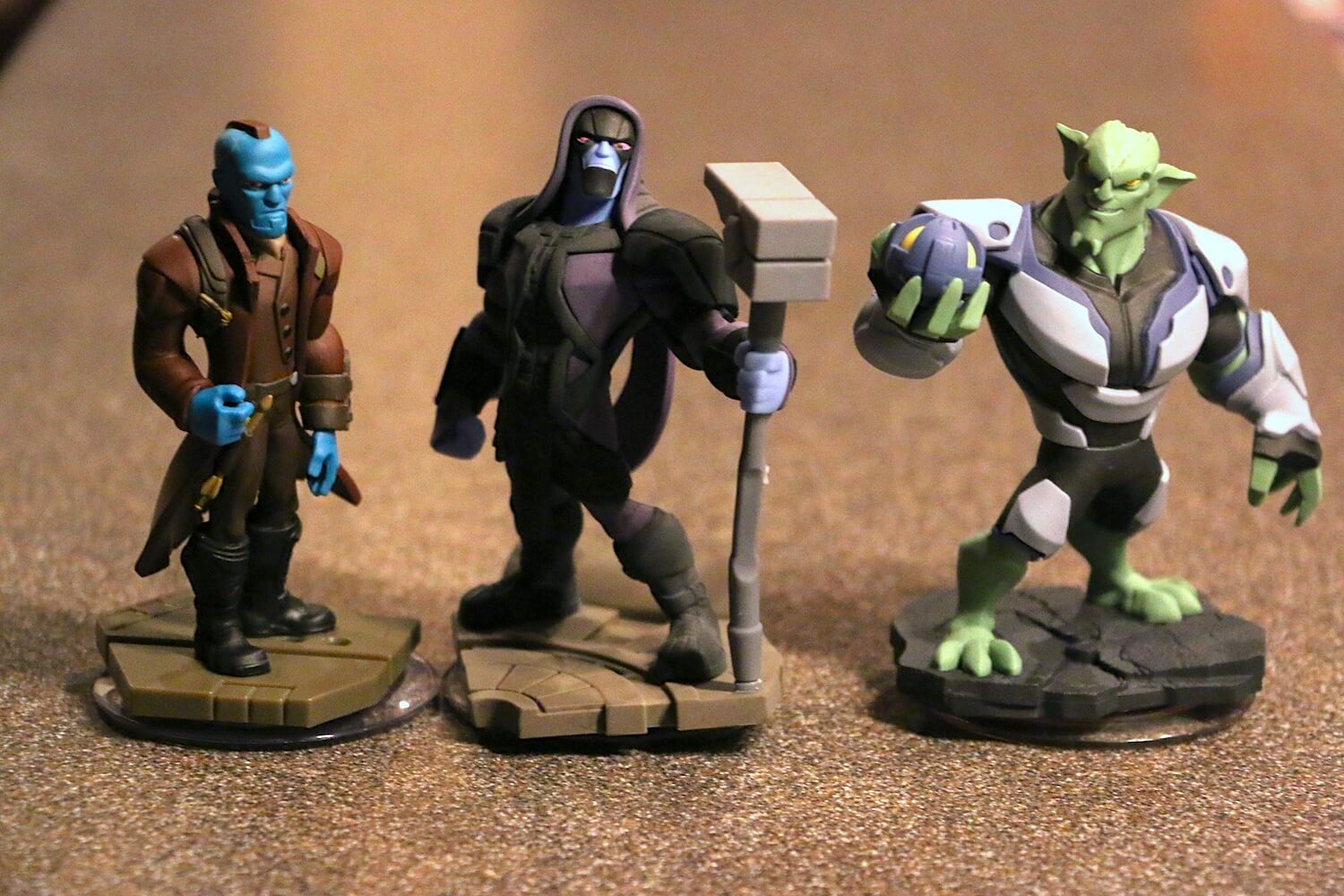 Today three Marvel villains have made their way into the Disney Infinity universe for gamers who want to take control of a few bad guys to balance off the heroes that have been dominating this version of the game.

Two Guardians of the Galaxy characters are part of today’s releases: Ronan and Yondu.

Ronan is no doubt a villain in the film and his look translates perfectly to the Disney Infinity universe. This animated version commands Lee Pace’s presence and is quite a nimble character, with fast moves and high jumps. His lightning attacks are some of the best of any character in the game too in terms of speed and visual flare, though they’re not too powerful. But overall he’s quickly become a fun favorite to control. Yondu looks like a perfect translation from the Michael Rooker character in the film, but doesn’t quite sound or act like him. He lacks a bit of the Rooker style in Disney Infinity and his arrow weapon, while effective, doesn’t offer quite as much control as one would like. It simply shoots in a straight line, while it would be more fun to allow players to control the path the arrow takes, just like Yondu does in the film. He’s unlikely to become anyone’s favorite Disney Infinity character but he does round out the Guardians gang nicely. There’s no doubt Spider-Man’s arch-nemesis the Green Goblin is a classic Marvel villain. But his physical appearance in Disney Infinity is likely to surprise longtime fans of the character who might not have been paying attention to him recently. This form is the Green Goblin of “Ultimate Spider-Man,” so he’s far more bulked up than his classic comic or even Hollywood film looks. Sadly, he doesn’t have the ability to fly straight out of the package (you’ll need to add a vehicle or jetpack for that), but he does throw his famous grenades. Of the three new characters, he’s the slowest and least fun to play with.

The best part about these three villains is that they are all playable not only in Toy Box mode but also in their corresponding play sets, Green Goblin in Spider-Man’s and Ronan and Yondu in Guardians of the Galaxy. And they’re all highly upgradable so as players earn skill points, more fighting features are unlocked.

Green Goblin, Ronan, and Yondu have arrived in stores today.