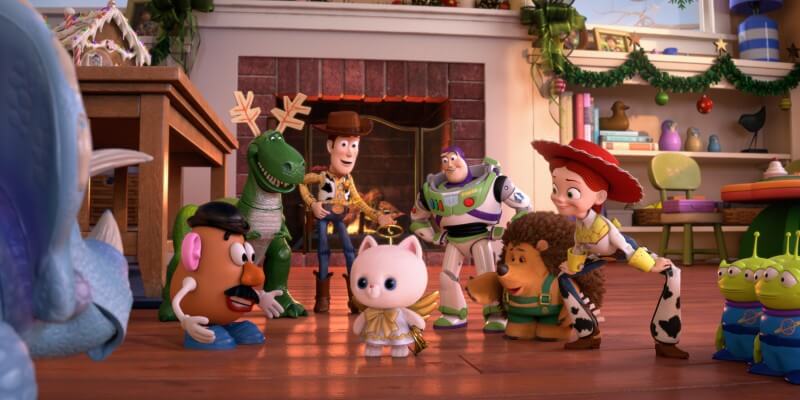 You can now find the wonderful Pixar short “Toy Story that Time Forgot” available for pre-order and it will be released November 3rd.

Disney•Pixar proudly present a hilarious new animated Toy Story adventure. During one of Bonnie’s post-Christmas playdates, the Toy Story crew find themselves in uncharted territory when the coolest set of action figures ever turn out to be dangerously delusional. It’s all up to Trixie, the triceratops, if the gang hopes to ever return to Bonnie’s room. Toy Story That Time Forgot is an unforgettable tale packed with family fun!

*Feel the power – and sing along – as Reptillus Maximus sings his soulful ballad, “My Unexpected Friend.”

*Montage for toolkits produced for Toy Story That Time Forgot.