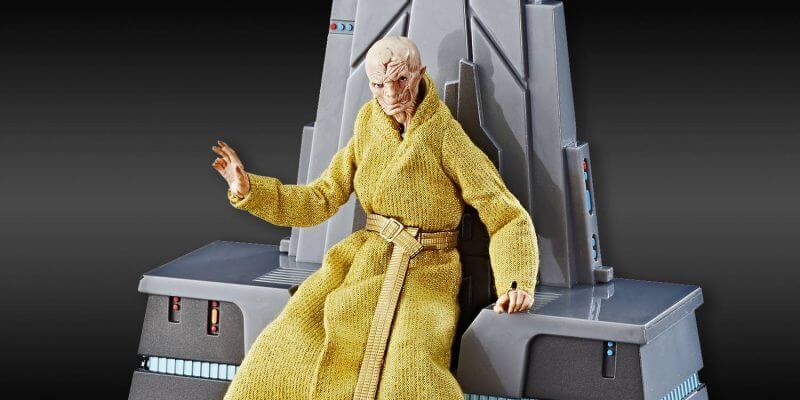 Force Friday has brought us a plethora of amazing Star Wars merchandise, but it’s not over yet. Now available for pre-order, Star Wars: The Black Series brings us a 6-inch figure of Supreme Leader Snoke and a 4 pack of guards. The menacing Snoke figure takes his place on his included throne, wearing his fabric robe. The over-arcing villain of the latest Star Wars trilogy can be added to your collection for $39.99. The Guard 4 pack shows the evolution of the evil guards throughout the franchise. The Senate Guard, Imperial Royal Guard, Emperor’s Shadow Guard and Elite Praetorian Guard are all included in this set and can all be yours for $89.99. Both of these fantastic new items, which will be released in early October, are officially licensed merchandise of “Star Wars: The Last Jedi,” which will be hitting theaters December 15.

To pre-order these new figures click the ‘Purchase’ button below!