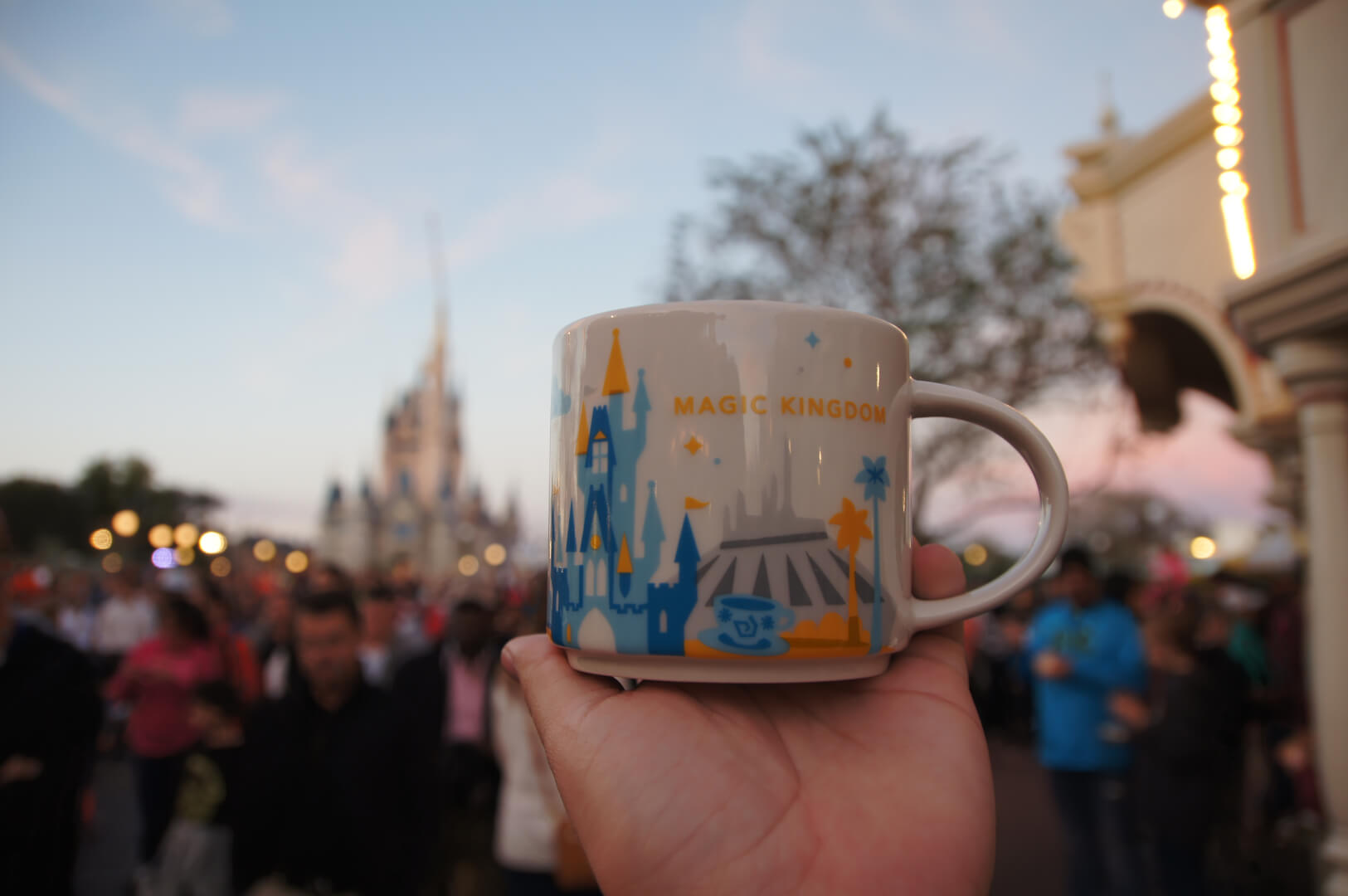 Not too long ago both Walt Disney World and Disneyland Resort had Starbucks cafes open in their parks to great success and customers’ delight. You can rarely walk by one of the locations without finding it incredibly crowded, which tells us Starbucks is hugely popular and here to stay.

Now Disney and Starbucks have released Disney-branded merchandise, including mugs and tumblers.

Each park with a Starbucks is getting its own park specific “You are here” mug and will also have Disney/Starbucks clear tumblers available. So far, these have been released at Magic Kingdom and Epcot – though the Epcot release didn’t go off without a hitch.

The Magic Kingdom mug is sold at the Main Street Bakery and features Cinderella Castle and Space Mountain in a blue, grey and yellow style. The mug is $14.95. But the purple-and-blue Epcot Starbucks mug is no longer available, pulled shortly after it was released at the Fountainview Bakery because of the apparently controversial purple monorail featured on the mug. Walt Disney World’s Monorail Purple was retired after being involved in a tragic, fatal accident in 2009.

Disney has assured worried Starbucks mug collectors that a new mug will be on the way in a couple months. I was happy to be able to snag a couple of photos of the old mug just the day before they disappeared. Both Magic Kingdom and Epcot Starbucks also sell acrylic 24 oz Disney-branded tumblers that are $19.95 each. Future Starbucks locations at Hollywood Studios and Animal Kingdom will also have their own exclusive mugs and the California parks have also received two Starbucks mugs, one for Disneyland and one for Disney California Adventure.

That makes 6 mugs total, eventually, for you collection completists. So which mug are you most excited to get?