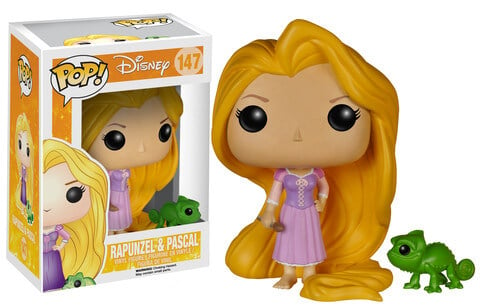 Funko has released a preview of some upcoming Pop! figures that includes a lot of Disney Princesses and Villains. In August we will see the release of Tangled, The Princess and the Frog, Blue Dress Ariel, Sleeping Beauty and new Pocket Pop! The new Tangled and The Princess and the Frog collection both include figures that has an extra bonus figure with them: Rapunzel with Pascal and Tiana with Naveen.