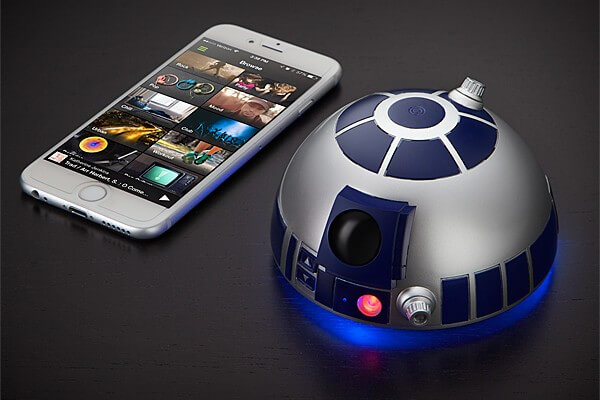 R2-D2 has all sort so surprises inside him. He’s got plans and a message from Princess Leia, Luke’s lightsaber, rocket jets, and a real mean streak (hey, he flat out kills another droid in an episode of Clone Wars). He also has a bunch of these speakers inside, so he always has a gift ready for new people he meets.

Plug this Star Wars R2-D2 Bluetooth Speakerphone into a USB port, and it’ll charge up. When it’s charged, either pair the speaker with your Bluetooth-enabled phone or plug your audio device into Artoo’s standard 3.5mm audio jack. Artoo will light up, literally, including the familiar indicator light and some new funky blue “underdome” lighting he’s had installed. Since he’s Bluetooth, you can even make calls on him when you have your phone paired up. But his raison d’etre is to play music for you. The first song we played through our Star Wars R2-D2 Bluetooth Speakerphone was the Cantina Song. It was also the second. And the third. And the… okay, we’ve got it on loop. 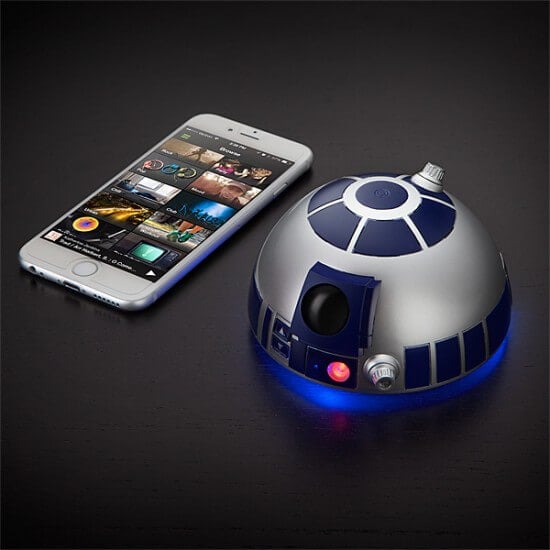