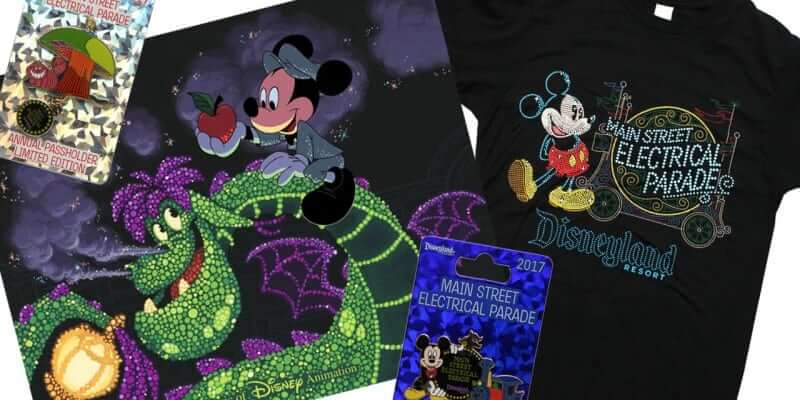 Let’s check out some of the merchandise you will be able to purchase starting tomorrow!

Adult and kid t-shirts will be released with great iconic imagery from the parade. These Main Street Electrical Parade animated glow headband with light-up ears will surely be flying off the shelves. Select items will be released in Emporium and Disney Showcase on Main Street, U.S.A., inside Disneyland park on Jan. 19 during the special, after-hours premiere ticketed event. Then on Jan. 20, additional locations, such as World of Disney in Downtown Disney District, will carry select Main Street Electrical Parade products.