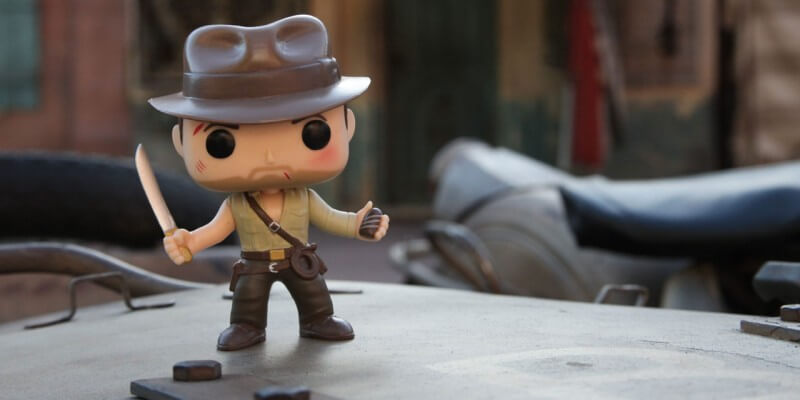 Funko Pop! vinyl figures are a popular collectible with Disney fans and we have previously seen the Disney Parks release some exclusive figures such as the Haunted Mansion Hitchhiking Ghosts. A new park exclusive Funko Pop! figure is on its way and this time will feature Indiana Jones. As you may know, Jones has his own stunt show at Disney’s Hollywood Studios and also his own ride at Disneyland park. He will be in stores July 22nd. According to the Disney Parks Blog:

The Disney Parks Exclusive figure will have a retail of $19.99, and it will be released at the following Disney Parks merchandise locations: