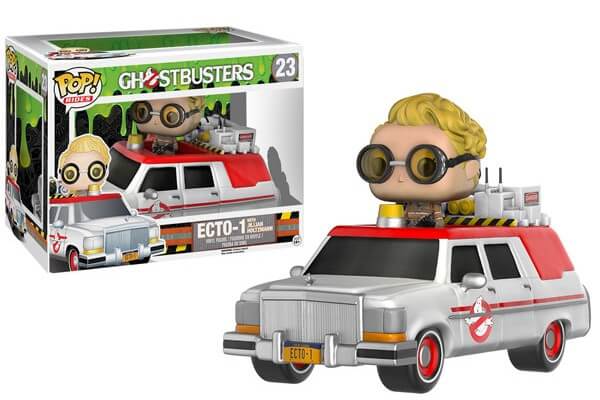 Some cool new Pop! figures by Funko are being released this summer bringing back those nostalgic c feelings. All will be released in July. Great Scott! Marty McFly and Doc Brown are making their Dorbz debut! Doc Brown’s time-traveling DeLorean comes with his sheepdog, Einstein, which is exclusive to the Dorbz Ridez set! Everybody knows there’s no such thing as ghosts. But don’t tell true believers Abby Yates, Erin Gilbert, Jillian Holtzmann, and Patty Tolan. Despite being humiliated and doubted, they’re so sure that ghosts exist, they’re going to go into business to prove it!

They’ll need all the help they can get, including from the Ecto-1! This Pop! Ride comes with a Jillian Holtzmann Pop! that’s exclusive to the Ride! Collect your own Ecto-1 this summer!