This year we will see tons of new merchandise coming to the Disney Parks. One such collection are the new Disney attraction inspired ceramic figurines. These figurines were inspired by characters and icons from attractions found at Disneyland or Walt Disney World Resorts.

Apart of the collection are the crocodile from Peter Pan’s Flight, Big Al from Country Bear Jamboree, and Figment from Journey into Imagination at Epcot, Monstro the whale found at Storybook Land Canal Boats at Disneyland park, and a hippopotamus from the “it’s a small world” attraction. 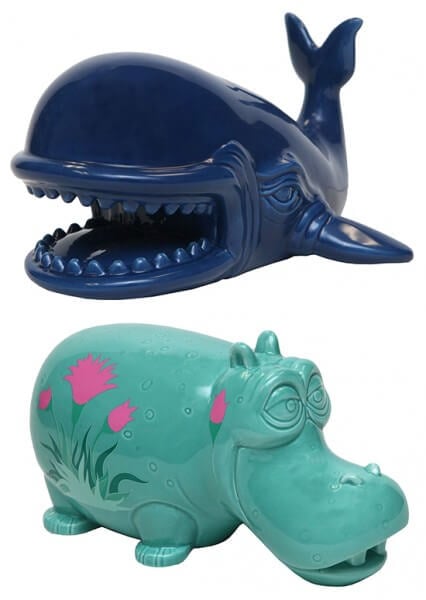 The Figment and Monstro figurines are already out in Disney Parks and the other pieces will be released throughout 2016.