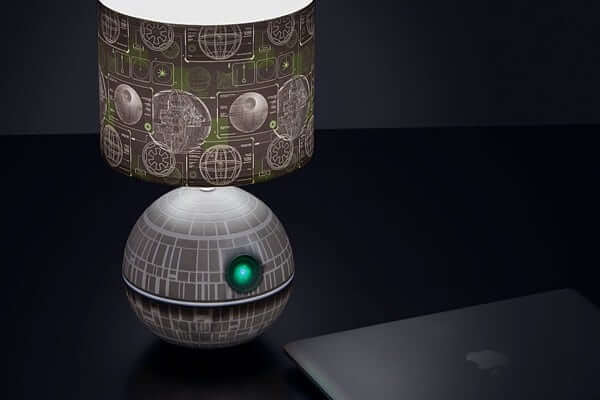 It is a period of civil war. Rebel space ships striking from a hidden base have won their first victory against the evil Galactic Empire. During the battle, Rebel spies managed to steal secret plans to the Empire’s ultimate weapon, the DEATH STAR, an armored space station with enough power to destroy an entire planet.

The story is well known across the universe, but the story that’s not known is the “plans” they speak of weren’t blueprints rolled into a cardboard tube, or photographed using a tiny concealable micro-camera. No, in fact, it was a tiny scale model disguised as a simple desk lamp.

It’s true! This desk lamp is hidden in plain sight with LED’s brightly illuminating the desk upon which it was found to colorful LEDs in the spherical space-station base. The lamp itself was surprisingly functional and practical!

The lamp was designed to be self-contained, so no light-bulbs required for operation. LEDs are included and designed to burn for 60,000 hours, or nearly 7 years of continual operation!