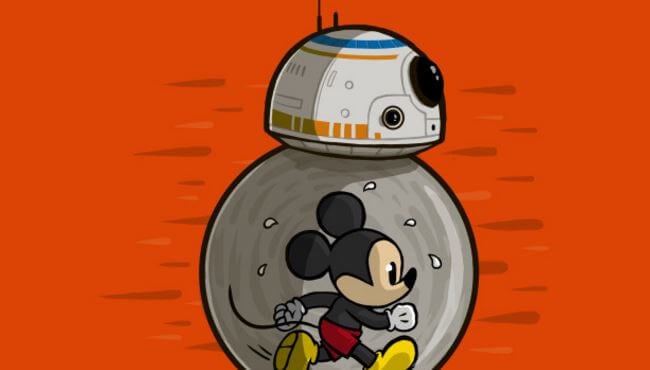 Ever since the adorable BB-8 droid first appeared in Star Wars The Force Awakens, he’s won the hearts of fans around the world.  The unique rolling motion of the tiny droid has been the source of mystery and speculation. Now it appears that Teepublic has solved the riddle. It really does make sense considering who owns the franchise. . . This MM8 T-shirt if available in several styles, sizes and colors (as well as on mugs, notebooks, laptop cases, phone cases and even as a print).  The shirt, as pictured, is 100% cotton and is presrunk; it will cost $20 plus s&h.