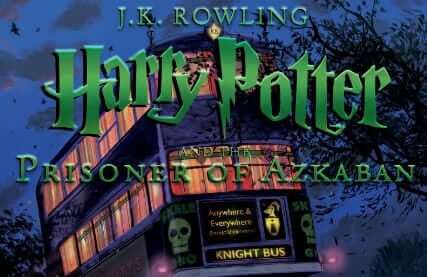 “Harry Potter and The Prisoner of Azkaban,” third in J.K. Rowling’s series of novels about the “boy who lived,” is getting the large format, illustrated treatment.

With illustrations by Jim Kay, this oversized volume is due to be released this October. Following in the magical footsteps of “Harry Potter and the Sorcerer’s Stone” and “Harry Potter and the Chamber of Secrets,” Harry’s third adventure is re-released as a fully illustrated, oversized novel.  Revisit the Knight Bus and follow the mysterious appearance of Sirius Black after his escape from Azkaban.

Due to be released October 3, 2017, this is a must have for fans of the magical world crafted by Rowling.  Pre-orders are already available on Amazon.