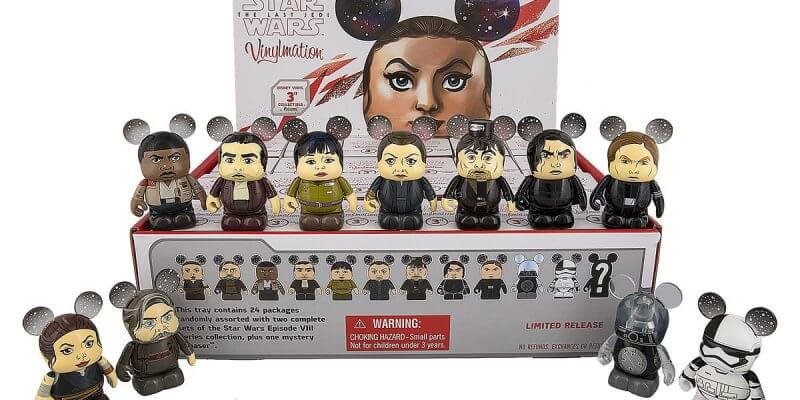 Make the holidays special for the “Star Wars” fan in your life with this Vinylmation Star Wars: The Last Jedi Series Tray.

Each of the 24 packages inside the tray is blind-boxed, so you won’t know which figures are inside until it’s opened. The randomly assorted tray contains two complete sets of the 11 known designs in the “Star Wars: The Last Jedi” series, plus one mystery Chaser and one additional randomly chosen figure. This Vinylmation “Star Wars” collection is Limited Release, so scoop them up now before they disappear from the galaxy.