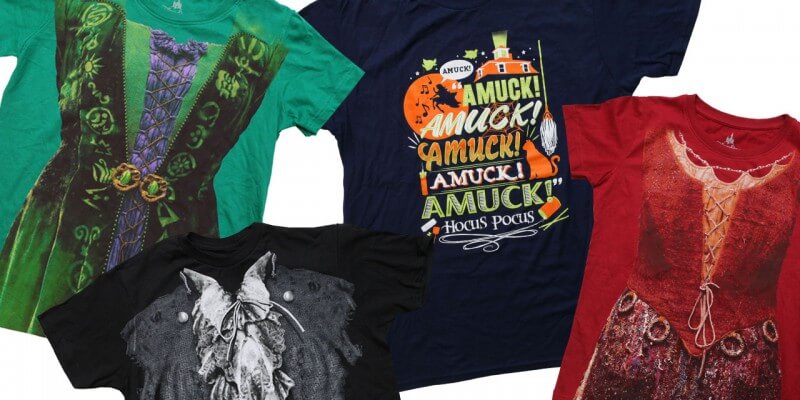 With the Hocus Pocus Villain Spelltacular show making its grand return to the Magic Kingdom tomorrow there is no better news than hearing that some Sanderson Sister’s merchandise is on its way to Disneystore.com

The three costume T-shirts that were released last year will make a come back and this year’s styles are printed on T-shirts with a more generous fit than last year’s T-shirts. Disney Store will also be releasing a costume T-shirt inspired by the character William “Billy” Butcherson and a new graphic T-shirt and hooded sweatshirt with artwork featuring dialogue and iconic elements from the film. These limited release items will be offered from September 5-11, 2016 at DisneyStore.com/ParkEvents.