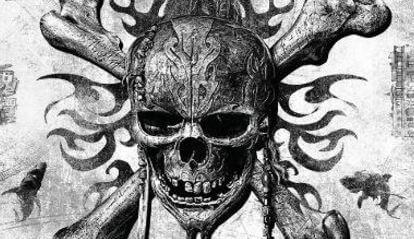 For the Walt Disney Company, it all started with the 1950 live-action feature film, “Treasure Island.”  Pirates have proven to be a popular, and profitable, part of the Disney brand.  “Disney Pirates: The Definitive Collectors Anthology” unearths the buried treasure chest of history behind the allure of these swashbuckling buccaneers. Just in time for the fifth feature film following the misadventures of Captain Jack Sparrow, “Pirates of the Caribbean: Dead Men Tell No Tales,” Disney released the key to unlocking a treasure chest of 65 years of historical high seas adventure. “Disney Pirates: The Definitive Collector’s Anthology” follows Walt’s fascination with these maritime marauders.  From the first feature film, “Treasure Island,” to a host of theme park attractions, several cartoons, and a highly successful film franchise.  This collector’s tome includes a foreword from the Captain himself, Johnny Depp. “’You believe in pirates, of course?’ Walt Disney once asked on a Disneyland television program. . . . Disney Pirates: The Definitive Collector’s Anthology delves behind-the-scenes across ninety years of Disney film, television, and park history. Pirates have captured people’s imaginations for centuries, and Walt Disney believed in pirates as a source of great popular entertainment . . .” –Amazon.com

“Disney Pirates: The Definitive Collector’s Anthology” was written by Michael Singer. In addition to a foreword by Johnny Depp, the 144-page volume includes a photo gallery from Jerry Bruckheimer.