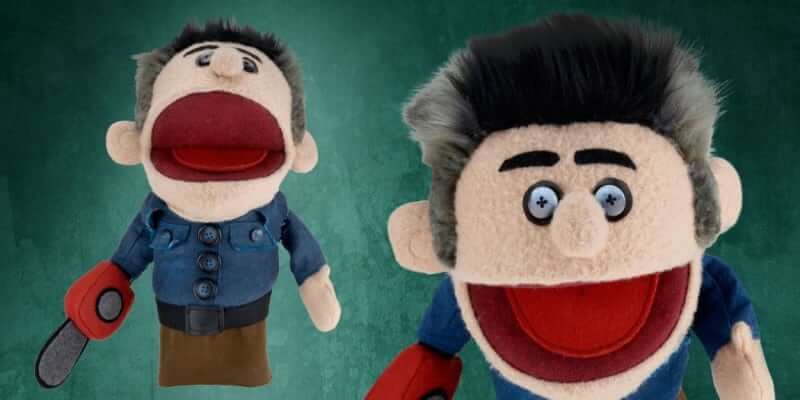 If you’ve ever wanted to “own” a deadite, this is your chance.  Direct from season two of the hit series on Stars, Entertainment Earth brings you the Ashy Slashy puppet prop replica.

NECA has recreated a working puppet with posable arms and moving mouth.  This 15” replica of Ash (Bruce Campbell) will be released in July from Entertainment Earth. (Little Lori Doll and bed pan not included.) This mini Ash, complete with chainsaw hand, made its appearance in the asylum cell (where Ash is presumed to have experienced a mental breakdown) to be discovered by -and attached to- Kelly.  The demon puppet attacks and is eventually dispatched (not before exhibiting classic Ash swagger and style).