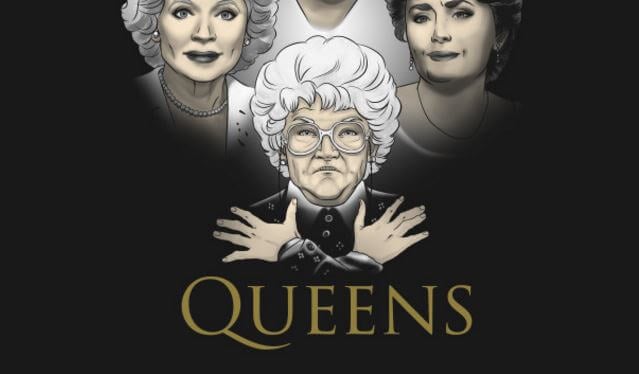 Enduringly popular even today, “the Golden Girls” television series ran from 1985 to 1992, and is still strong in syndication.  Now Sophia (Estelle Getty), Blanche (Rue McClanahan), Dorothy (Bea Arthur) and Rose (Betty White) are ‘back’ in their true from. Queens – a parody of the pop rock group Queen (based on their 1974 album cover for “Queen II”) shows the four in the same classic pose as the rock group.  This 100% cotton Tee Shirt is available through Teepublic in a variety of styles and sizes (as well as a mug, laptop case or notebook).  The “Golden Queens” Tee Shirt version will set you back $20 plus s&h.