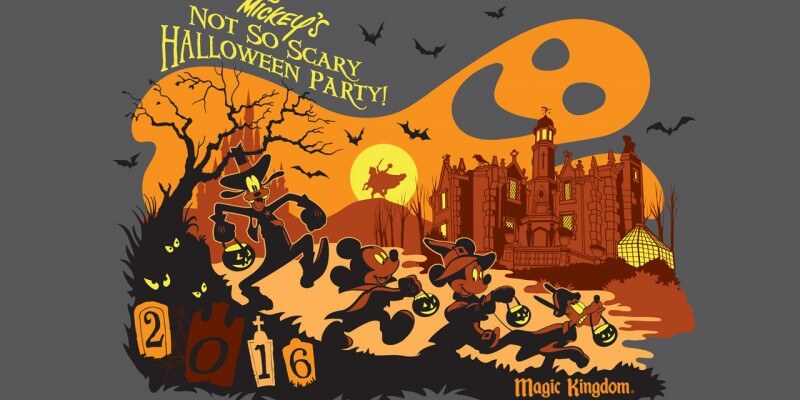 The first Mickey’s Not So Scary Halloween Party will kick off at the Magic Kingdom on September 2nd and now the Disney Parks Blog has shared their first look at the exciting merchandise. This years party logo features Mickey, Minnie, Pluto and Goofy on their way to trick and treat at the Haunted Mansion and will be featured on products such as t-shirts and pins. Disney is also bringing back the crazy popular Hocus Pocus Villain Spelltacular show this season and will also release some merchandise commemorating that.

Merchandise created for this event will be released during Mickey’s Not So Scary Halloween Party only and will be available while supplies last. These items will not be available via the Shop Disney Parks app or the Disney Parks online store. In addition to items shown in the video, we will have a limited edition retail MagicBand with an edition size of 3,000. It will be released at Emporium and Box Office Gifts on Main Street, U.S.A. The limited release and limited edition pins will be released in Big Top Souvenirs in the Storybook Circus area of New Fantasyland. Apparel may also be found in Mickey’s Star Trader in Tomorrowland, or at Emporium on Main Street, U.S.A. You can check out the Disney Parks Blog’s Steven Miller unboxing some Halloween merchandise below!

What Disney Halloween merch are you putting on your wishlist?