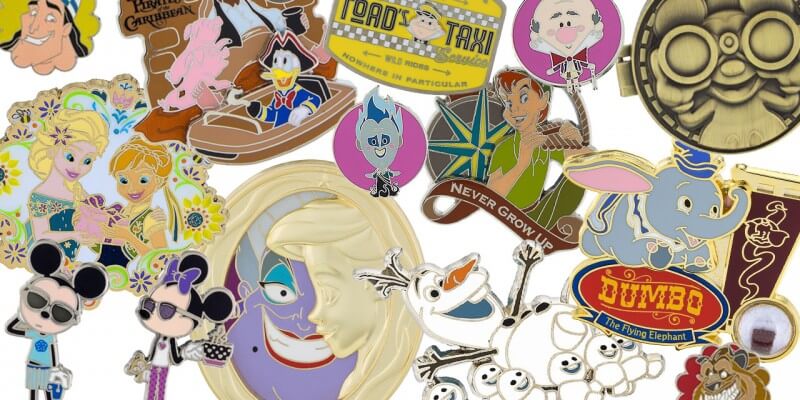 Lets first take a look at pins that will be in stores this August and September. Pins coming out this Halloween season.

Pins coming out this Christmas season.

Other sets coming this fall including mystery sets. New pins are usually released on Thursdays in select locations at Disney Parks. You may be able to order select pins using the free Shop Disney Parks mobile app.