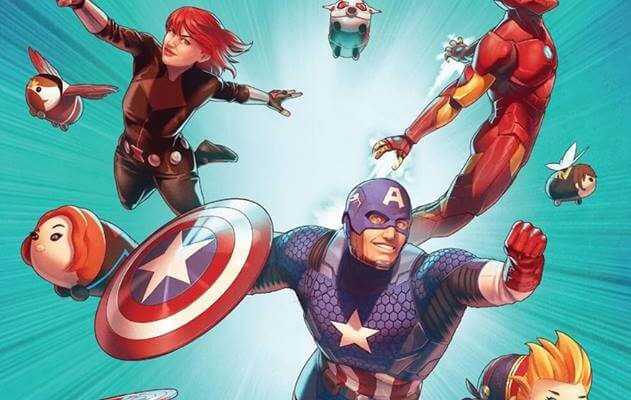 Disney Kingdoms decided to partner with Disney Parks again to do an exclusive cover only available in the parks. The cover features the Marvel and Tsum Tsum characters in battle and was made by artist Jamal Campbell. 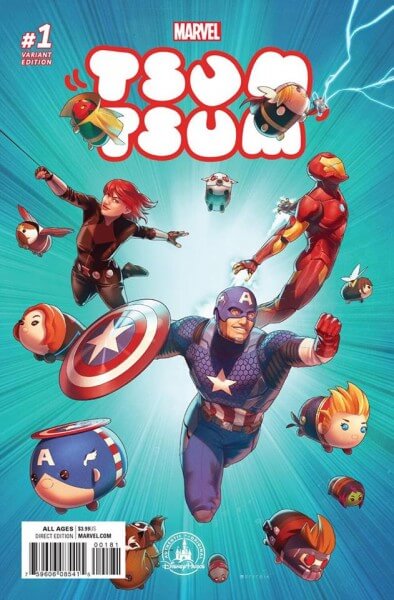 You will be able to find the Disney Parks exclusive cover of ‘Marvel Tsum Tsum’ here:

The exclusive cover can be found at WDW this week and out at Disneyland next week.

In case you’ve been living under a rock, Tsum Tsums are HUGE! Well, not LITERALLY (they’re actually pretty tiny) but these seemingly cute and cuddly creatures are sweeping the globe! So what happens when these pint-sized piles of fur find their way into the Marvel Universe? After a crate of them falls to Earth en route to THE COLLECTOR, one small group of Brooklyn teenagers will find out! Featuring all of your favorite Marvel heroes and villains, this is sure to be TSUM-thing you won’t want to miss! 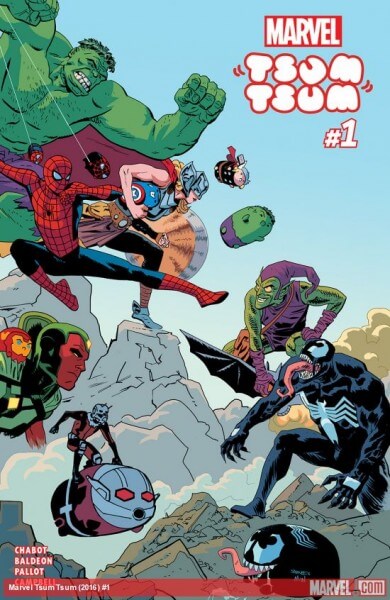 You can find more information about the series HERE