Disney Consumer Products introduces "Playmation", the future of game playing - Inside the Magic 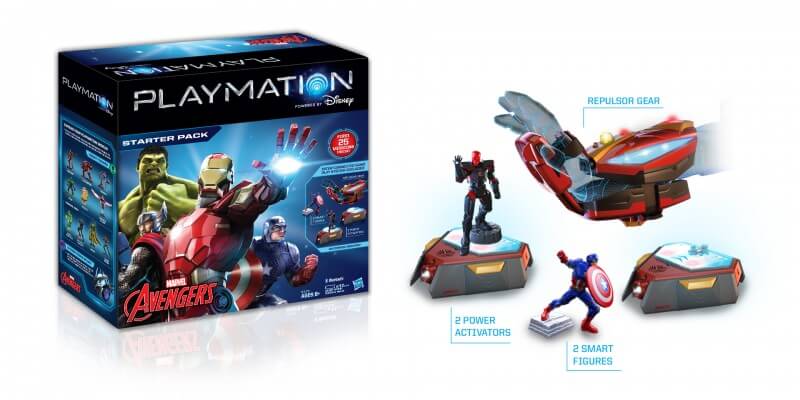 Introducing Playmation – the next step in the evolution of play, where digital gets physical and imagination becomes real. The groundbreaking system of toys and wearables uses smart technology to inspire kids to run around and use their imaginations, as they become the hero or heroine of stories from across The Walt Disney Company. 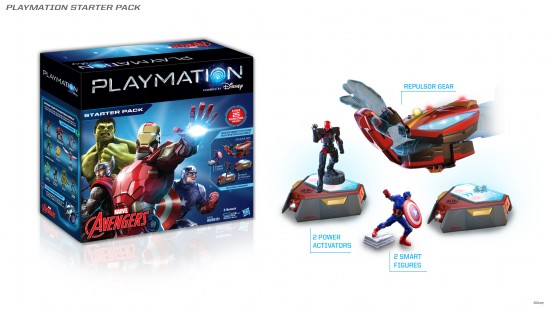 Connected toys and wearable technology come together to put kids at the center of the world’s greatest stories from Disney, Marvel and Star Wars.

“Innovation and creativity are the driving forces behind Disney, and our goal is to inspire children to unleash the power of their imaginations through the stories we tell and the experiences we create. With Playmation, we’re taking the next step in that tradition – bringing the worlds of play, storytelling, and technology together – in a new and very exciting way,” said Leslie Ferraro, president of Disney Consumer Products.

She continued: “Playmation takes the best the digital world has to offer and uses it to create supercharged, real world play. This is play updated for today’s kids – bringing their imaginations to life as they go on active adventures alongside their favorite characters.” 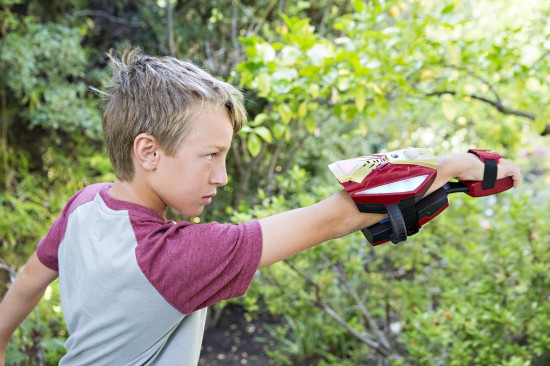 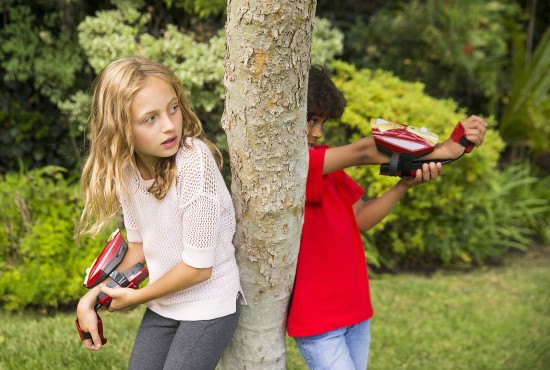 Playmation Marvel’s Avengers is the first in a series of systems in development around Walt Disney Company franchises, and will hit shelves this October. At launch, the Playmation Marvel’s Avengers Starter Pack will include five connected toys: one piece of Avenger Gear (Repulsor), two Power Activators and two Smart Figures – a Super Hero (Captain America) and a Super Villain (Iron Skull). Getting started is easy, strap the high-tech Repulsor Gear onto your arm (it fits adults, too!) and listen closely to JARVIS as he takes you through the tutorial on how to control your new Gear, inspired by Iron Man technology. Other Playmation Marvel’s Avengers connected toys that work with the Starter Pack will also be available separately for purchase at launch, with more on the way.

Also available at launch, is the AvengersNet app where you can register your Avenger Gear to see progress, explore additional locations and characters, and get access to new missions. New recruits to the Avengers can fight Marvel Super Villains including Ultron, Iron Skull, Loki, or join fellow Avengers Super Heroes like Black Widow, Falcon and more as they battle to save the Earth by running, jumping, ducking and dodging – whatever each challenge requires.

The Playmation Marvel’s Avengers Starter Pack will have a suggested retail price of $119.99 and will launch in October 2015 in the United States and Canada at mass and specialty retailers, select Disney Store locations and DisneyStore.com, and will be available for pre-order starting July 7.

Star Wars and Disney Frozen systems are currently in development for 2016 and 2017, respectively. Each will use a range of technologies to create a system based on the different ways that kids play and experience their favorite stories and characters from that franchise.