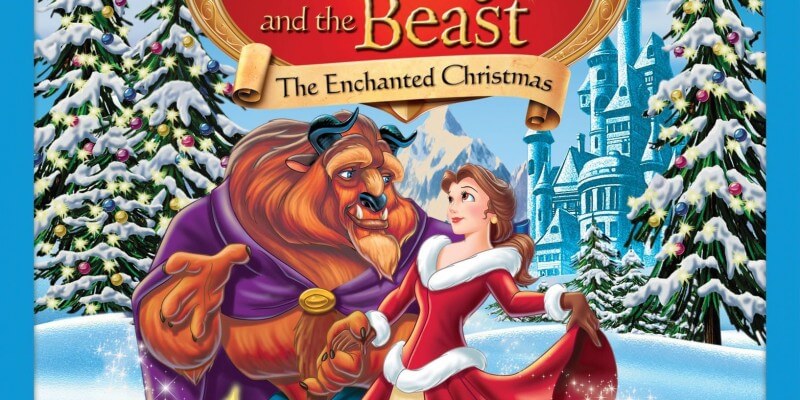 Get ready for the holiday season with this classic Christmas tale starring Belle and the Beast. Walt Disney Studios Home Entertainment will be released ‘Beauty and the Beast: The Enchanted Christmas’ on DVD, Digital HD and Disney Movies Anywhere on October 25, 2016.

Beauty and the Beast: The Enchanted Christmas reveals a Christmas past when Belle does her best to warm the Beast’s castle with the spirit and hope of the season. The film’s all-star voice cast features Robby Benson as Beast and Paige O’Hara as Belle, along with the castle’s enchanted staff including Jerry Orbach as Lumiere, David Ogden Stiers as Cogsworth, Angela Lansbury as Mrs. Potts, Haley Joel Osment as Chip, Bernadette Peters as Angelique and Tim Curry as a grumpy pipe organ who threatens to ruin the holiday festivities.

The film’s original musical score, composed by Academy Award®-winning film composer Rachel Portman, fully captures the spirit of the season. The holiday cheer carries on through extensive bonus material such as a behind-the-scenes featurette detailing the creation of this holiday heartwarmer, the ‘As Long as There’s Christmas’ music video performed by Play, and a sure-fire family favorite—the movie sing-along! BEHIND-THE-SCENES FEATURETTE – Step behind the scenes and witness how filmmakers created this irresistible holiday musical adventure — from storyboarding to special effects to the original musical score that lifts holiday spirits.

DISNEY SONG SELECTION – Delight in the spirited songs featured in “Beauty and the Beast: The Enchanted Christmas” and performed by members of the star-studded cast.

SING ALONG WITH THE MOVIE – Grab a microphone – or a hairbrush – and sing along to your favorite songs from “Beauty and the Beast: The Enchanted Christmas.”

“AS LONG AS THERE’S CHRISTMAS” – Check out the music video for the uplifting holiday song, “As Long as There’s Christmas,” performed by Swedish pop group Play.

ENCHANTED ENVIRONMENT – Bring the crackling fireplace from the Beast’s castle into your own home!

DISNEY’S SING ME A STORY WITH BELLE: “STICK TO IT (DON’T GIVE UP)” – Belle shares an inspirational message, encouraging viewers to keep trying and never give up.

DVD SING ALONG WITH THE MOVIE