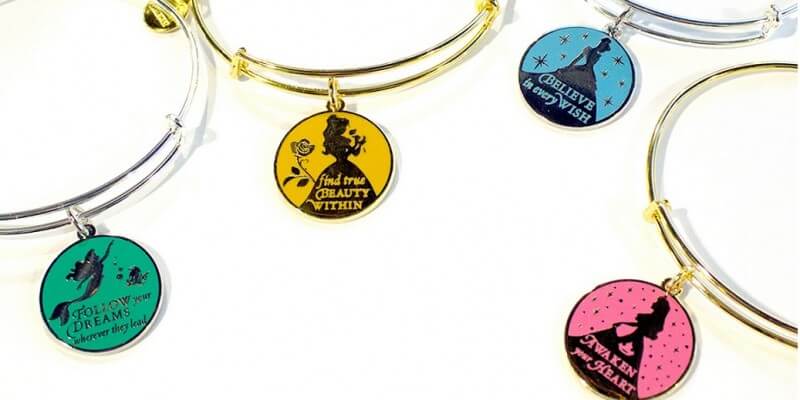 Nothing gets me as excited as the news that a new Alex and Ani collection is on its way. An avid collector of their Disney bangles this new Disney Princess collection is definitely joining my other” Charmed Arms” bangles.

The new collection “Words Are Powerful” will debut June 13th and will feature color infusion bangles inspired by Disney sayings and attributes of some of our most beloved Disney Princesses. The collection consists of 4 bangles portraying Belle, Cinderella, Ariel and Sleeping Beauty.

Each of these bangles will come in Shiny Gold and Shiny Silver finishes, and will be available online here, on the Shop Disney Parks app via Shop iOS or Shop Android, plus in stores at: