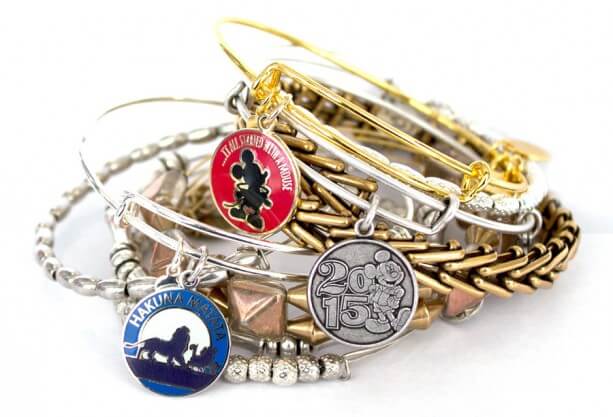 Alex and Ani is one of the most popular Disney jewelry brands on the market and many fans love to collect all the different charmed bangles. Just in time for the holiday season Alex and Ani has revealed that they are coming out with new designs featuring our favorite Disney characters. A new collection, Words Are Powerful, will be available starting December 15, with each piece inspired by Disney phrases. “It All Started With A Mouse” and “Hakuna Matata” are the first, available in silver and gold finishes. A 2015 Mickey Mouse bangle will also be available on the same day.

These new bangles will be available at Disneyland and Walt Disney World at the following locations:

You can find some earlier released Alex and Ani Disney bangles at DisneyStore.com Below are some of our favorite picks! Epcot Bangle by Alex and Ani