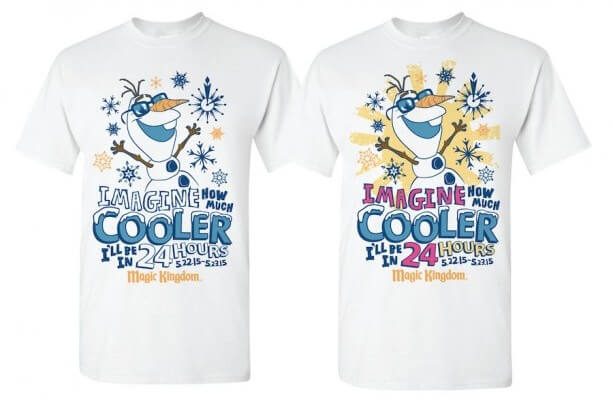 We have only two days left until the 24-hour party kicks off on both coasts. For the occassion both Disneyland and Walt Disney World will release some commemorative merchandise.

Walt Disney World guests will be able to pick this coolest t-shirt ever featuring Olaf from Disney’s Frozen. The t-shirt has the unique feature that the ink changes color when exposed to sunlight.

The shirt will be found in Emporium on Main Street, U.S.A. in Magic Kingdom Park. We will also offer it online from May 22-31 at DisneyStore.com/ParkEvents. 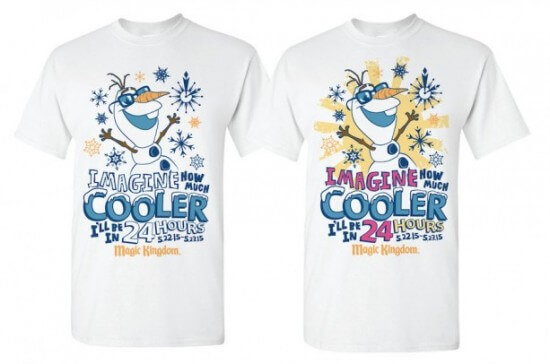 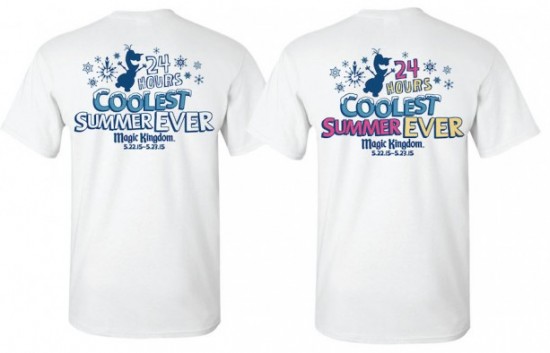 You will also be able to find a festive Olaf cupcake at places such as Main Street Bakery and Gaston’s Tavern. 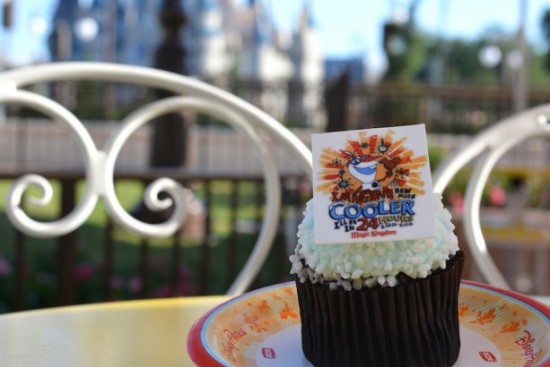 For Disneyland guests the park will offer a “Being Up All Night Makes Me Dopey” event t-shirt. The t-shirt also feature some glow in the dark elements. 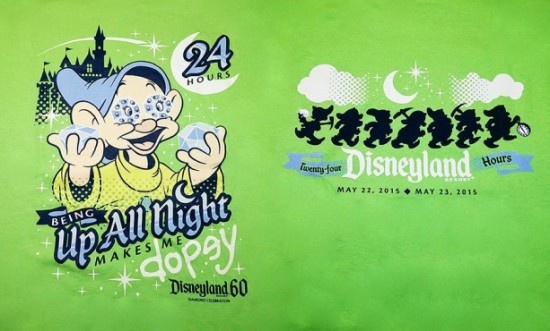 A new limited edition with Dopey will also be released for the party. 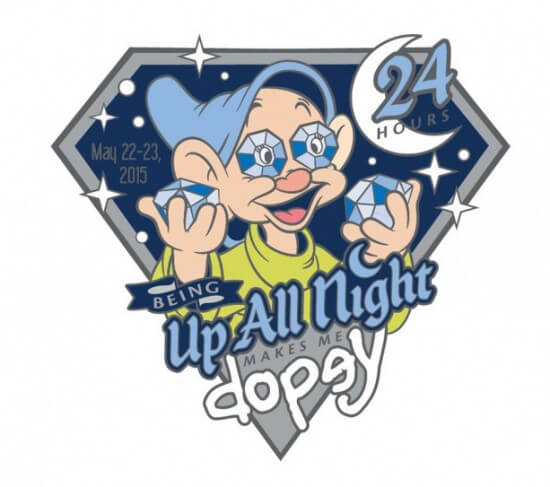 Tees and pins will be available at: