Cosplayer Puts Disney to Shame - Inside the Magic 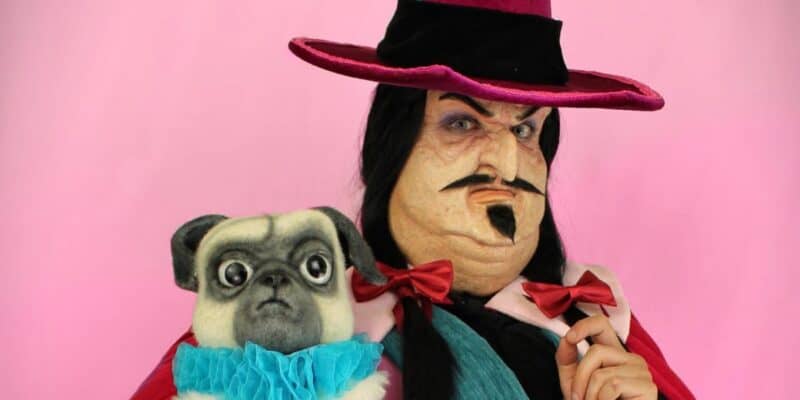 Disney has created some of the most incredible characters known to cinema, some of which truly test the limits of the imagination. While the company has certainly gone above and beyond the call of duty in bringing such iconic characters off the screen and into their theme parks, one cosplayer on TikTok is truly giving Disney’s wardrobe department a run for their money in some of their latest creations.

@jooskellington, professionally known as José Dávalos, is a cosplay artist who has been sharing his work with social media for years and has cultivated a large following thanks to his incredible creations, especially his takes on Disney characters. Dávalos has portrayed many of Disney’s most famous villains, many of whom are the stuff of nightmares.

The artist has truly gone above and beyond the call of duty when it comes to his versions of Disney villains, many of which should have warranted a job offer from the Disney Parks ages ago. However, his recent creation is perhaps one of the most elaborate creatures in his menagerie. Just in time for Christmas, the makeup artist has crafted a massive version of Maestro Forte from Beauty and the Beast: The Enchanted Christmas.

Originally portrayed by Tim Curry in the direct-to-video movie, Forte was the Beast’s court composer before the Enchantress’s spell transformed all the castle’s residents into household objects. Finding that he had more influence as a magical pipe organ than a mere mortal, Forte used his spellbinding songs to keep the Beast miserable until the last petal falls off the rose, thus maintaining his more powerful form. Easily the most memorable feature in the animated sequel, Forte’s performance and appearance definitely stuck with most viewers, including José Dávalos.

In a recent TikTok video, Dávalos constructed a massive cosplay and prosthetic makeup treatment for Forte, including a working keyboard to sell the illusion. Like the rest of his magnificent and magical creations, the end result was absolutely astounding. Paired with the audio of Forte’s introduction from the film, it’s an absolutely chilling creation that could put even some of Disney’s designers to shame.

What do you think of Dávalos’s work? Tell us in the comments below!

Comments Off on Cosplayer Puts Disney to Shame