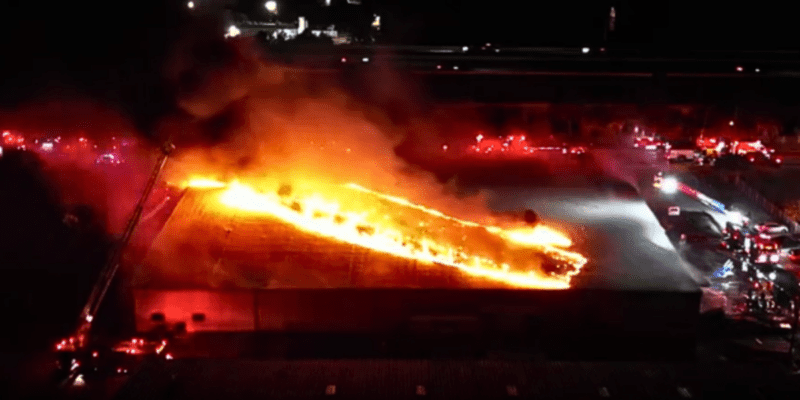 A tragic fire in Orlando claimed the lives of three people.

Multiple news outlets reported on a massive fire that engulfed a large Orlando warehouse over the weekend. The warehouse housed fireworks and pyrotechnics for popular Orlando tourist attractions, including theme parks.

Landon Bourland, 24, has been identified as the third person who died as a result of the fire. On Friday, fire officials named David Gonzalez, 22, and Lindsey Phillips, 23, as the two other individuals who lost their lives in the fire, according to reports from WESH 2 in Orlando.

A GoFundMe page had been started for Lando Bourland when he was in the hospital, and it stated that he worked for Universal Studios Florida, and proudly loved doing things like special effects makeup and fireworks. Bourland passed away in the hospital on Sunday surrounded by his loved ones.

According to reports from the Fire Department, firefighters had to dodge fireworks while attempting to save three adults and one teenager, who were trapped in the building.

The warehouse was owned by a company named “Magic in the Sky.”

In a statement sent to WESH 2, Magic in the Sky shared the following: “Safety is and always has been our company’s number one priority. Our highly qualified personnel are trained on a regular basis in the procedures used to properly handle and prep pyrotechnic products for entertainment productions that we produce. Magic in the Sky will conduct a thorough and complete review of this incident and make our findings available to the public.”

On its LinkedIn page, Magic in the Sky describes itself this way: “Magic in the Sky LLC has expanded from it’s roots as a Pyrotechnic Company into it’s current nationwide Themed Entertainment Services Company. Working within the Travel and Leisure Environment, Magic in the Sky LLC offers a full service production staff with Professional Project Managers, Specialized Technical Staff, and Install Crews capable of handling large scale installations.”

At this time, no more information has been given on the investigation. The State Fire Marshal is investigating the cause of the fire.

Inside the Magic will keep you updated on this tragic situation.