Mickey Mouse Receives Gift From Universal's Grinch - Inside the Magic 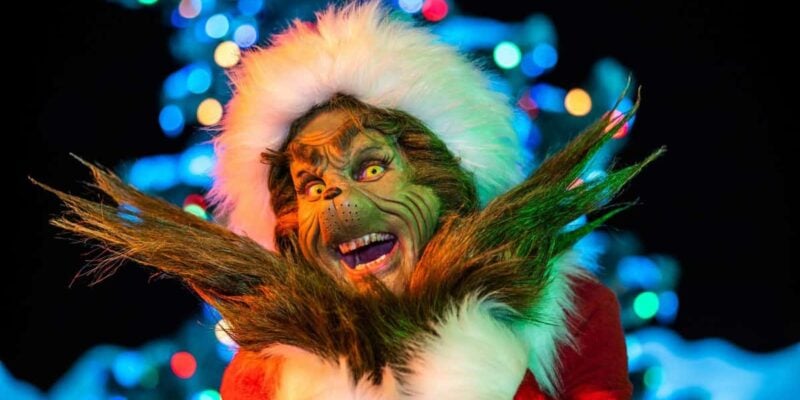 Universal Studios and Disney are similar for both being theme parks while they both have famous attractions that Guests love to visit, each has character meet and greet and buttons for special occasions, and many more. They are different as Disneyland has more rides that smaller children can ride while Universal Studios Hollywood has less rides for lap children and more thrill rides for older Guests.

The Grinch and Mickey Mouse are two icons who act completely and totally different. Mickey is cheerful and caring while The Grinch is a foul one who is known “as the mean one.” One Disneyland Guest went to see The Grinch giving him a gift from Mickey Mouse,which was a pair of Mickey Ears

The Grinch was not impressed with the mouse ears and, in return, he elected to return the favor by giving Mickey Mouse an onion.

The Feud we all love the mist Disney vs. Universal! The Grinch gives Mickey an onion for Christmas as payback! Don’t forget to like and follow me on all Social Media Platforms at “SocalTallGuy” #disney #universalstudioshollywood #mickey #grinch #disneyland #themeparks #screammovie

The feud we all love the most Disney vs. Universal! The Grinch gives Mickey an onion for christmas as payback! Dont forget to like and follow me on all Social Media Platforms at “SocalTallguy” #disney #universalstudioshollywood #mickey #grinch #disneyland #themeparks #screammovie

Mickey Mouse was first going to throw the onion into the street, but elected to give it back to the Guest. This is a hilarious gesture from both characters, who are each beloved icons at their respective Parks.

What do you think of Mickey’s reaction when receiving a gift from The Grinch?

Comments Off on Mickey Mouse Receives Gift From Universal’s Grinch