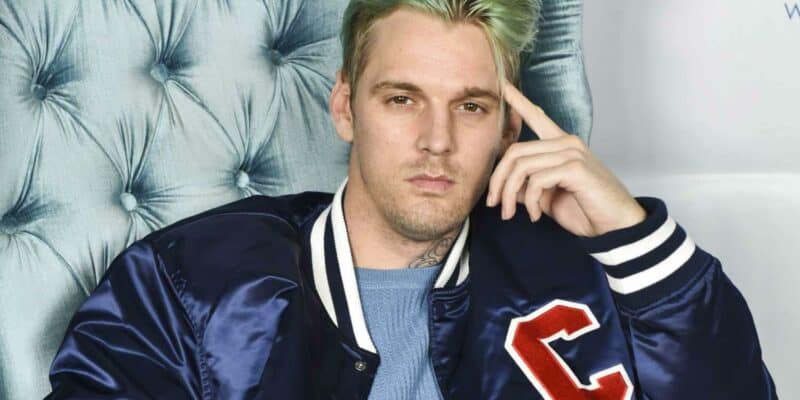 Aaron Carter, the pop star and rapper was found dead at his home in Lancaster, California on Saturday, November 5th. He was 34 years old.

Multiple sources tell us Aaron’s body was found in his bathtub. Law enforcement sources tell TMZ they received a 911 call at 11 a.m. Saturday that a male had drowned in the tub.

TMZ was the first to report and The Hollywood Reporter confirmed.

Aaron’s older brother Nick Carter was in a popular boy band in the 90’s called The Backstreet Boys and Aaron used to tour with them.

Carter rose to fame in the late 1990s when he was only 9 years old.

He released four studio albums, starting with his self-titled debut album in 1997.

Aaron became a regular on Nickelodeon after his second album, “Aaron’s Party,” became a hit.

Carter’s third album, Oh Aaron, went platinum in 2001, and he has released two albums since then, most recently Love in 2018.

He also tried his hand at acting.

Appearing on shows including Lizzie McGuire and 7th Heaven. He made his Broadway debut in 2001 as JoJo the Who in Seussical the Musical and later had a long run as a castmember of the off-Broadway production of The Fantasticks.

He starred alongside Nick and their siblings B.J., Aaron, Leslie and Angel Carter on the E! unscripted series House of Carters in 2006.

In 2009, he competed in Dancing with the Stars and got 5th place, and he also appeared on the Food Network series Rachael Vs. Guy Celebrity Cookoff in 2012.

Growing up, he was considered a teen heartthrob, and just recently welcomed his son Prince with Melanie Martin in November of 2021.