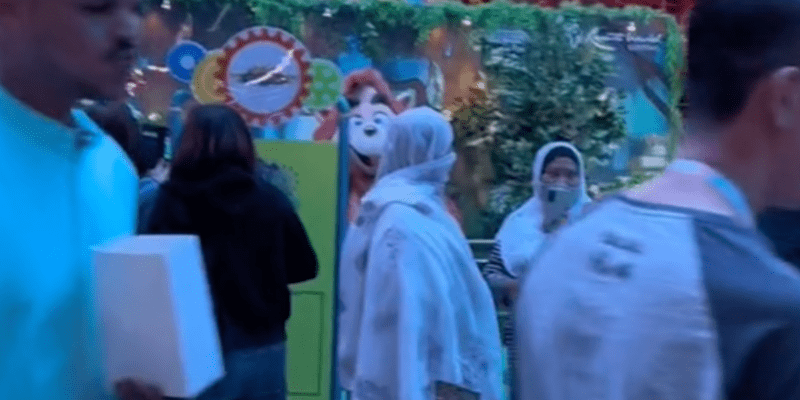 No matter what theme park you visit, the biggest concern is the safety of your family.

Whether it be a Disney Park around the world– like Walt Disney World Resort, Disneyland Resort, Disneyland Paris, or others– or if it is another popular theme park like Universal Orlando Resort, Universal Studios Hollywood, Six Flags, Busch Gardens, SeaWorld, Cedar Point, or any other, all theme parks have measures in place to attempt to create as safe an environment as possible.

However, there are still fears that come with visiting a heavily-crowded place, especially for parents.

Recently, one of those fears nearly became a reality for a family visiting a Resorts World Genting Theme Park.

Two women were arrested for an alleged attempted kidnap at the popular Malaysian theme park. A portion of the incident was caught on TikTok.

The Sun News shared the video on TikTok, giving credit to user @alfitry_azmi52.

According to reports from Says, the user claims that one of the women grabbed his friend’s toddler and attempted to walk away with the child when they were visiting the Skytropolis indoor theme park. Following the incident, security escorted the women from the amusement park.

The women, aged 42 and 50, were arrested two days after the father of the child filed a police report.

At this time, Resorts World Genting has not issued a statement on the incident.