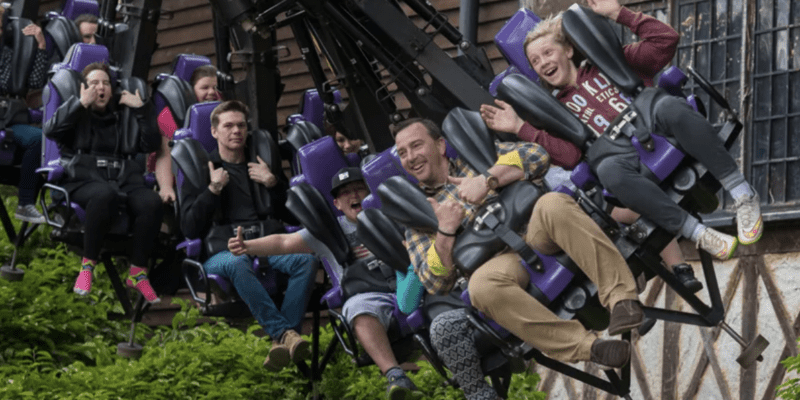 A popular theme park has banned new iPhones completely from roller coasters after a recent malfunction caused a scene.

Whether you’re at a Disney Park visiting Walt Disney World Resort or Disneyland Resort, or at any other theme park like Universal Orlando Resort, Universal Studios Hollywood, Busch Gardens, SeaWorld, Cedar Point, or many others, there are plenty of chances to create lasting memories.

Most of the time, these memories come in riding thrilling attractions, checking out world-class entertainment offerings, or spending time with family and friends throughout the day.

However, Guests visiting the popular theme park Chessington World of Adventures were treated to a different kind of memory recently.

Due to this iPhone malfunction, Chessington World of Adventures has banned the devices from several of their rides, including Vampire, Rattlesnake, Croc Drop, The Adventure Tree Carousel, and Seastorm.

“Following the recent reports that theme park rides may trigger the new iPhone 14 to dial emergency services, we have decided to implement an iPhone 14 ban on select rides and attractions,” the theme park said. “While the exhilarating high speed and free-falling rides such as Vampire, Rattlesnake, and Croc Drop are subject to the ban, we have also made the decision to apply it to family favourites; The Adventure Tree Carousel and Seastorm, in case the slow-moving roundabout or the impending doom of a shipwreck also sets off an alert.”

At this point, it doesn’t seem that any other theme park has issued changes to their policies, but more could elect to make a change soon.

While Walt Disney World Resort allows Guests to have their phones on all rides, there are other amusement parks that have stricter phone policies in place, especially for roller coasters. For example, Universal Orlando Resort doesn’t allow cell phones on several of its thrill attractions already, including the Jurassic World VelociCoaster, The Incredible Hulk Coaster, and Hollywood Rip Ride RockIt.

What do you think of this theme park’s decision? Let us know in the comments!