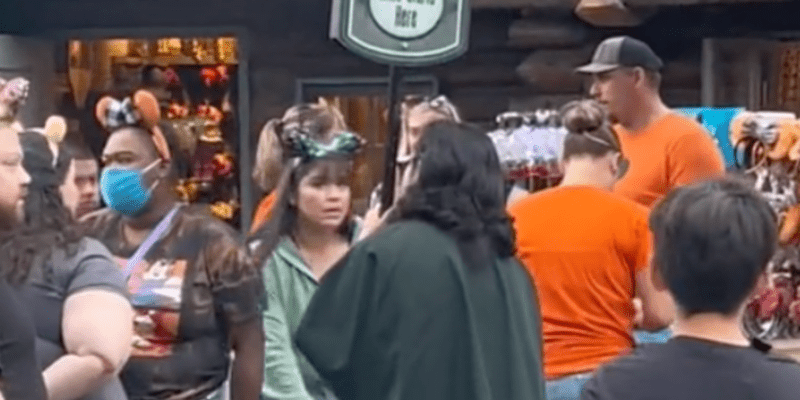 Despite price increases and much more, crowds are still making their way to Walt Disney World Resort and Disneyland Resort.

Disneyland is home to many iconic attractions, including the likes of two world-class theme parks in Disneyland Park and Disney California Adventure.

Recently, Guests wanting to visit the iconic Haunted Mansion were surprised to see a line that stretched well across the attraction, past Harbour Gallery, into Critter Country, and all the way to The Briar Patch.

User @maemomb7732 shared the video on TikTok. Anyone who has been to Disneyland understands just how long this line truly is.

♬ Funny Laugh no no no – Sound Effect

Related: Disney Expected to Increase Prices On Its Most Loyal Fans, Report Says

During the Halloween and Christmas season, Pumpkin King Jack Skellington completely transforms the Haunted Mansion with frightfully festive touches inspired by Tim Burton’s The Nightmare Before Christmas. You can experience thrilling sights and seasonal surprises created by the citizens of Halloween Town. Sally, Oogie Boogie, and other Nightmare nasties will be on hand to wish you “Season’s Screamings!”

Though many fans have expressed their discontent with Disney over the last couple of years, there are still plenty making their way to the Disney Parks each and every day. Even with price increases, Guests are still filling the Disney Parks.

Have you ever seen lines extend like this in Disneyland? Let us know in the comments!