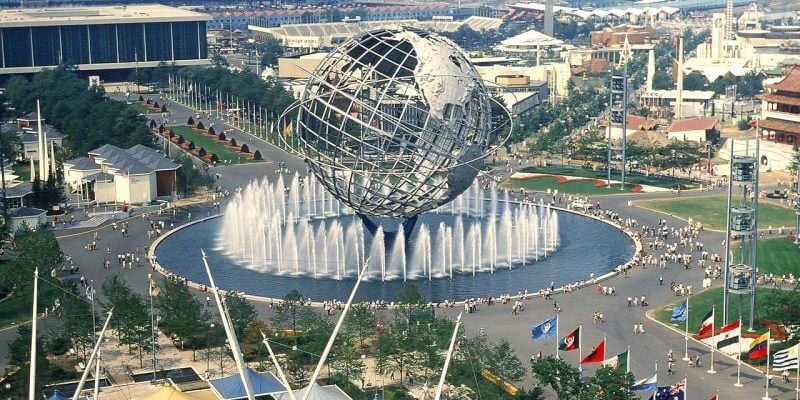 1964 was one of the most iconic years for the World’s Fair. The theme was “Peace Through Understanding” and no other attraction could capture that quite like “it’s a small world“. However, that wasn’t the only attraction Walt Disney brought with him that year, it’s just the most well-known.

He also brought Progressland (The Carousel of Progress), Great Moments with Mr. Lincoln, and the Magic Skyway.

Just for some quick clarification- The World’s Fair is a large international exhibition designed to showcase the achievements of nations. These exhibitions vary in character and are held in different parts of the world at a specific site for a period of time, typically between three and six months. These are actually still happening around the world today. The next one is scheduled to be in Osaka, Japan from 4/25-10/25. Its theme will be “Designing Future Society of our Lives.”

At the time, Pepsi-Cola contacted actually contacted Disney about creating “a little boat ride” for them. Initially Disney declined due to already having too many projects for the World’s Fair. “it’s a small world” is the last attraction from the fair that still stands today as a true World’s Fair Legacy. While others are still around, they’ve been updated too much to hold that title.

The Carousel of Progress

General Electric’s Pavillion housed the Carousel of Progress. Walt wanted animatronic performers talking about how technology and innovation changed their lives, with each scene featuring the same family years into the future. Imagineers created a rotating theatre so that guests would not need to get up and walk from scene to scene. Hence the name- The Carousel of Progress.

Walt has always loved America’s past and the history that goes with it. This attraction was already in the works before the fair. The World’s Fair president saw a mockup and was so thrilled by it, he demanded it be at the fair. He even convinced the State of Illinois to feature it in their pavilion.

“Welcome aboard Ford Motor Company’s Magic Skyway- an adventure created by Walt Disney. A voyage through time and space from a dark and distant yesterday to a bright and promising tomorrow.” -Henry Ford II

Guests were seated in one of 160 1964 Ford Convertibles, turn on the radio, and hear of man’s progress through the ages. Walt Disney himself narrated part of the ride.

Which attraction would you have loved to see at the World’s Fair?

Comments Off on Looking Back On The 1964 World’s Fair