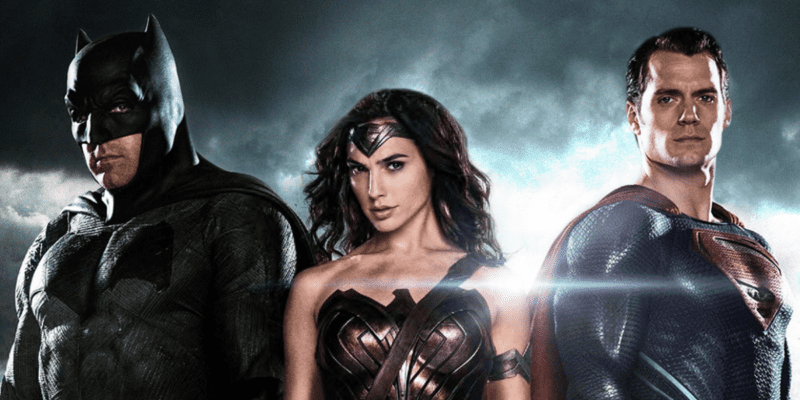 This ex-DC writer who left the company, comic, and movie industries has a lot to say about adults liking superheroes — and believes there are serious political consequences for doing so.

Going to watch Batman in the cinema as an adult might indicate that the world is devolving into fascism, according to this writer who left the world of superheroes in somewhat bad blood.

Alan Moore, the creator of the DC Comics series “The Watchmen” which led to the 2009 Zack Snyder-directed movie of the same name, and many other iconic DC properties, was candid about his current views in a recent interview with The Guardian.

Moore is an “openly-practicing magician” who has famously shunned the internet. Now, Moore says he has hired an “internet-savvy assistant” to furnish him with the necessary information, so that he may act as “somebody outside the petri dish”:

He can bring me pornography, cute pictures of cats and abusive messages from people.

With a history of being a near-chronic contrarian, writer Alan Moore holds a fair amount of disdain for the future of humanity, due to what he determines to be a “worrying” trend of adults “queuing up to see Batman movies”.

The Guardian article claims that Moore believes it is not only “infantile but dangerous”:

I said round about 2011 that I thought that it had serious and worrying implications for the future if millions of adults were queueing up to see Batman movies.

Moore continues, expanding on the dangerous aspect to this interest in superheroes — he thinks it’s an “infantilization”, that a preoccupation with “simpler times, simpler realities” is a “precursor to fascism”:

Because that kind of infantilization – that urge towards simpler times, simpler realities – that can very often be a precursor to fascism.

The article also adds that Moore believes that there is a connection between Trump’s election in 2016 with the fact that some of the biggest films of the period were superhero movies. He is no doubt referring to Marvel Studios’ Marvel Cinematic Universe franchise of films with Captain America: Civil War, and Warner Bros. and DC’s DC Extended Universe (DCEU)/DC Film Universe’s Batman v. Superman: Dawn of Justice and Suicide Squad, as well as 20th Century Fox (now 20th Century Studios) X-Men Universe’s Deadpool:

He points out that when Trump was elected in 2016, and “when we ourselves took a bit of a strange detour in our politics”, many of the biggest films were superhero movies.

The Guardian expands on Alan Moore’s general sense of dismay with the superhero genre, and the way it’s “eaten the culture”, with Moore also admitting that he believes comics and superheroes serve only to entertain 12-year-old boys “of 50 years ago”:

Hundreds of thousands of adults [are] lining up to see characters and situations that had been created to entertain the 12-year-old boys – and it was always boys – of 50 years ago.

Moore continues to reminisce about his own DC creation, “Watchmen”, stating that he never really thought “superheroes were adult fare”:

I didn’t really think that superheroes were adult fare. I think that this was a misunderstanding born of what happened in the 1980s – to which I must put my hand up to a considerable share of the blame, though it was not intentional – when things like Watchmen were first appearing. There were an awful lot of headlines saying ‘Comics Have Grown Up’. I tend to think that, no, comics hadn’t grown up. There were a few titles that were more adult than people were used to. But the majority of comics titles were pretty much the same as they’d ever been. It wasn’t comics growing up. I think it was more comics meeting the emotional age of the audience coming the other way.

This ex-DC creator is definitely more than jaded when it comes to the comic book and superhero-related industries.

What do you think about the idea that superheroes are “dangerous” and not for adults? Share your thoughts in the comments below!